Spanish criminal court the National Audience has rejected a claim asking for the state to pay 13,427.43 euros in compensation to the local council of the town of Sant Julià de Ramis, near Girona, for the material damage caused by the actions of the Civil Guard to the municipal sports hall during the Catalan independence referendum on 1st October 2017. An administrative disputes judge dismissed the claim filed by the council and concludes that the Spanish paramilitary force "did not act illegally" because its officers were "protected by a court ruling ordering the removal of all material related to the illegally-called referendum". The judge blames the local council for the damage, since it made the facilities available "for an illegal electoral process."

The town was where Catalan president Carles Puigdemont was due to vote, and was one of the first polling stations targeted by the Spanish police operation against the vote, as well as having a notable media presence.

The case presented by the council against the Spanish justice ministry for the damage done by the Civil Guard to the municipal pavilion came to trial on 2nd December last year. It was the second claim presented by Sant Julià de Ramis for the damages in the 2017 referendum. Initially, in January 2018, the council had filed a property damage claim with the Spanish ministry of justice, asking for the reimbursement of the repairs, to a total of 13,427 euros, a request which was ignored for six months by the ministry. The council then took the ministry to court over its refusal to respond, which finally elicited a response: that they were refusing to pay. Hence, the current case.

The sentence states that the patrimonial responsibility of the administration obliges the state to indemnify "any injury suffered by individuals to any of their property or rights" but notes that damage may not be considered injurious if there "exist justifiable causes which make it legitimate". Thus the court argues that the Civil Guard "did not act illegally" because the agents of the armed institute were "protected by a court ruling ordering the removal from the facilities of all the material related to the electoral process".

Judge says council was to blame

In addition, the court says that "the conduct of the harmed city council itself" caused the damages, as the council made the pavilion "available for an illegal electoral process" and there were "court rulings that required the Civil Guard, acting as judicial police, to remove all electoral material". "The damage would not have occurred without the provision of municipally owned facilities in the service of an illegal activity," the court concludes.

The mayor of Sant Julià, Marc Puigtió, criticized the sentence on Twitter: "A new injustice from Spanish 'justice' endorses the damage to the sports pavilion by the Civil Guard."

On October 1st 2017, Catalan president Carles Puigdemont was meant to vote in the sports centre at Sant Julià de Ramis, the polling station corresponding to his usual residence. It wasn't a secret. The Catalan government had announced, as before any vote, the time and place the president would vote.

However, as the appointed time approached, the Catalan president's staff were alerted to the arrival of the large Civil Guard contingent at Sant Julià de Ramis, which included riot squads and even a helicopter. The Civil Guard action, one of several directed against polling stations where pro-independence politicians were due to vote, was intended to achieve high media impact early on referendum day as thousands of Catalans were flooding to vote.

It was due to this that the president's security detail immediately put into action one of the alternative plans they had prepared, for him to vote in Cornellà de Terri, a village a few kilometres from Sant Julià. However to avoid bringing the Civil Guard with them, they needed to throw off the helicopter that was monitoring the president's movements.

To achieve this, the president's vehicle and his escort stopped for just seconds under a bridge. There, Puigdemont and his wife, Marcela Topor, got out of the official car and changed into one of the other vehicles. 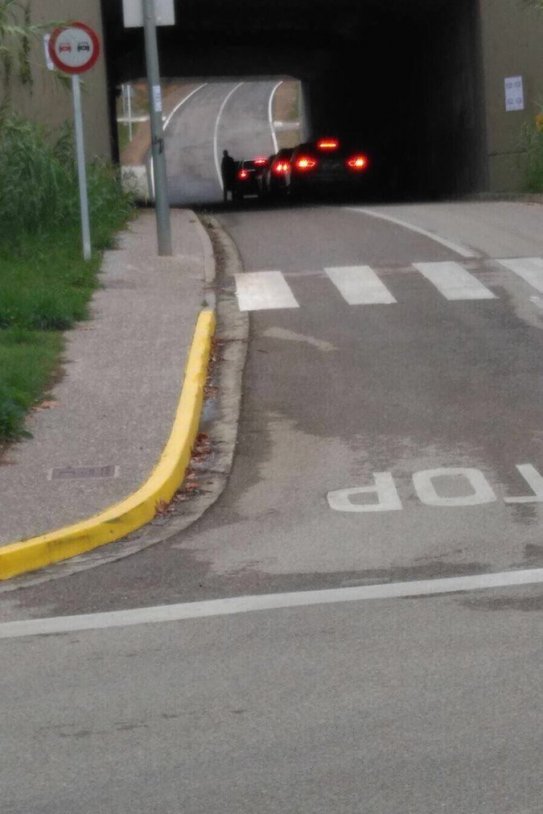 The official car went one way, and the helicopter continued to follow it from above. But the escort car went another way. Puigdemont was able to vote and the scene of Civil Guard officers preventing the Catalan president from voting was avoided. What it didn't avoid was 13,427.43 euros of damage to a sports centre, targeted by a Spanish police operation because of the politician who was expected to be there.

Editorial Adrià Carrasco: it was all a frame-up José Antich