The Spanish Constitutional Court has rejected, by a majority, the appeal by Catalan pro-independence politician Josep Rull against the sentence of the Supreme Court convicting him for sedition. As in the case of Jordi Turull two weeks ago, there are also two dissenting votes by the judges Juan Antonio Xiol and María Luisa Balaguer, who are opposed to the decision made by the rest of the court.

The court has announced the decision in advance, with the full written ruling and the details of the dissenting votes remaining to be released. Turull and Rull are thus able to present the appeals for their cases in Europe.

The Supreme Court sentenced Josep Rull to 10 years and 6 months in prison and, for the same period, disqualification from holding public office for a crime of sedition. Today, the Constitutional Court has resolved the appeal by dismissing it and thus paving the way for Rull to present an appeal against the sentence to the European Court of Human Rights (ECHR). The case had been in the hands of the Constitutional Court for more than a year, but until the court's resolution today, Rull has been unable to take any further action.

The court's majority sentence, written by reporting judge Ricardo Enríquez, considers, among other issues, that "the appellant's right to effective judicial protection in relation to the principle of legality has not been infringed, because the decision of the Supreme Court is sufficiently reasoned." 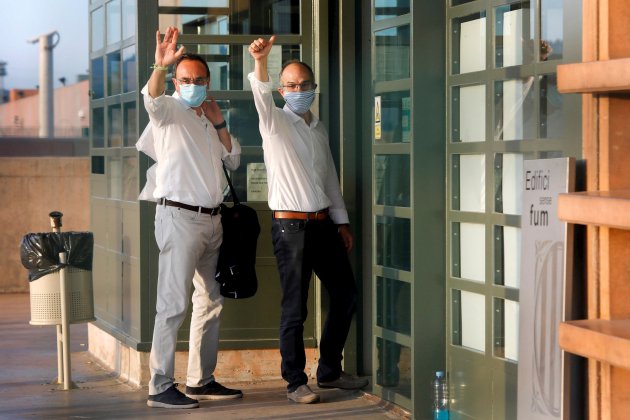 The advance statement from the Constitutional Court today states that "in fact, his conviction is justified by the fact that he actively participated in laying the foundations that led to the conditions of citizen mobilization aimed at holding a judicially-prohibited referendum; preventing the normal functioning of the state, which acts in defence of legality; and participating both in the convening of an illegal referendum and in its holding. All this after having been previously warned of the constitutional illegitimacy of these initiatives".

In the coming days, Rull's lawyers will prepare the procedure to take the case to the ECHR, in the same way that they are doing these days with the case of Jordi Turull, who received the same resolution a week ago.

As in the case of Jordi Turull, there are two dissenting votes that potentially open a Pandora's box against the conviction and the judicial process which the Catalan prisoners underwent. The arguments have yet to emerge, but it is to be expected that the two dissenting votes will go along the same lines. In Turull's case, the two judges defended fundamental rights and argued that the penalty of imprisonment and disqualification for sedition is disproportionate. Juan Antonio Xiol and María Luisa Balaguer make arguments that directly confront those of the rest of the court, which rejected Turull's appeal and accepted the propriety of the Supreme Court's sentences.

The split decision on Rull's case comes on the same day that the Spanish Congress has for the second time rejected proposed legislation for an amnesty, to end the on-going judicial persecution which affects over 3,000 pro-independence Catalans.

It is a case that, from the beginning, has raised questions about the roles of judicial and political power in Spain, and Jordi Turull, speaking two weeks ago after his own appeal decision was released, directed some pointed questions at Spanish PM Pedro Sanchez on the subject. Turull addressed Sánchez directly, leader of the "most progressive executive in history," and asked him a clear question: "Which of the two positions of the Constitutional Court does Pedro Sánchez's executive support? The one that violates rights or the one arguing that there is no law without the defence of fundamental rights?"