Cuixart: "It's Kafkaesque: they accept my non-violence but jail me for sedition" 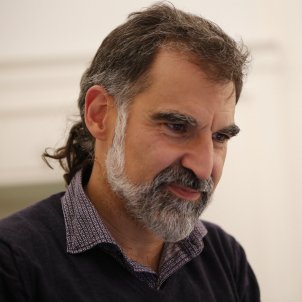 Speaking as frankly as ever, Catalan political prisoner Jordi Cuixart, president of the Òmnium Cultural group, has urged the Catalan institutions - the Parliament and government - to themselves give a clear response to the Supreme Court verdicts. "They have jailed a vice-president and a parliamentary speaker of yours, and you have to give a consensual answer that the people can understand!" was how Cuixart put it in a written interview with Catalan public broadcaster TV3, in which he set out the objectives of citizen and institutional mobilization: "Amnesty, self-determination and a political solution which the [Spanish] state will have to negotiate."

In the interview, he also warned that the Supreme Court verdicts "open the doors to totalitarianism and affect the democratic quality of Spain." In this regard, he noted that "the sentences are also a condemnation of fundamental rights and social activism, from the PAH Barcelona [housing action group] to strike pickets. In the end, they will end up inventing the concept of the peaceful terrorist," Cuixart added ironically from the prison of Lledoners. The Òmnium leader reiterated that he will not accept any hypothetical pardon which might be offered, nor any "reinsertion" measures. "If they give me an open prison regime, it is clear that I will accept it," Cuixart said. "For the Court to affirm [in its sentence document] that it does not doubt my commitment to non-violence and at the same time convicts me to nine years' jail for a crime of sedition is Kafkaesque," he added.

With regard to the protests of the last week, Cuixart called for people to clearly reject violent unrest, after five nights of incidents and rioting in Catalonia. "The independence movement is non-violent. And one can't question whether or not it has to condemn violence: the condemnation of violence has to be emphatic," clarified Cuixart on Saturday in an interview with TV3's FAQS programme.

"Our job is to continually pressure by exercising fundamental rights and by non-violent action," said the Omnium president, sentenced to nine years in prison. "The court verdict does not stand up, because the exercising of civil disobedience and sedition - which means violence - are antagonistic concepts," said Cuixart. 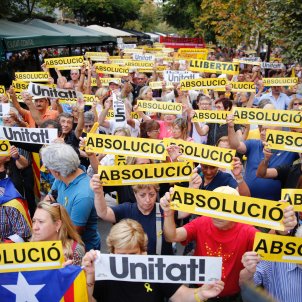