An international legal team led by British lawyer Ben Emmerson has taken the case of the Catalan political prisoners to the United Nations. Specifically, to the UN Working Group on Arbitrary Detention, which will have to give its verdict on the case of Oriol Junqueras, Jordi Sànchez and Jordi Cuixart. One member of this legal group is the French jurist Rachel Lindon, a specialist in human rights. She is confident that the United Nations will end up supporting their argument.

Although she is forthright when accusing the Spanish government of "using dictatorial methods", Lindon also chooses her words very carefully. She is concise, limiting herself to answering the question as put to her, without deviating from the script for a moment. What she is clearest about is that her clients have been imprisoned arbitrarily and that they must be freed immediately. 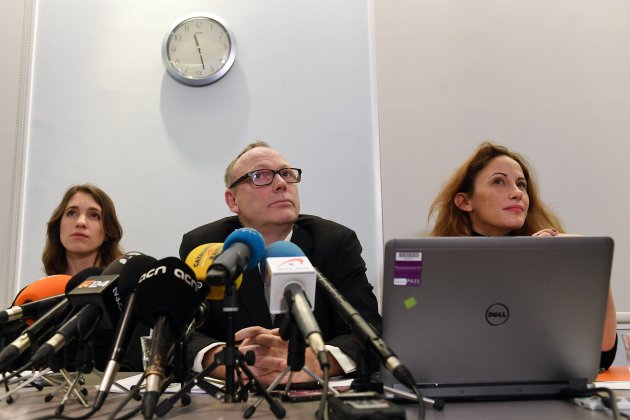 You say that you are optimistic. What do you expect to achieve by taking the case to the UN?
We are optimistic because, after studying the documentation, we are convinced that the imprisonment of the Catalan political prisoners is a violation of international legality. Spanish justice, in a regrettable display of partiality, has put four people in prison for the simple fact of peacefully defending a different political proposal. We are sure that what we are looking at is a case of arbitrary arrest, whose only aim is to repress the independence movement, and which damages fundamental rights.

The international community takes the positionings of the United Nations very seriously. Even though the opinion of the Working Group on Arbitrary Detention is not binding, what we hope for is a strong positioning in the face of this very serious action.

Are there any similar precedents to this case?
Yes. In our case, we detail each one of the rights protected by international treaties that the Spanish state has signed, such as the Universal Declaration on Human Rights, and we also detail the jurisprudence of the Working Group. We find jurisprudence relating to countries such as Morocco, Algeria and Venezuela, among others.

The Working Group has already given its verdict in a similar case in Algeria, when an individual (Kamel Eddine Tekhar) was arrested not for having committed any offence, but for having taken part in mobilizations and non-violent political activities. The Group also ruled against the government of Morocco for the case of the activist Salah Eddine, who was in favour of self-determination. The conclusion given was that he was imprisoned for exercising his rights to freedom of speech and opinion.

There are cases comparable to that of the Catalan prisoners in countries like Morocco, Algeria and Venezuela.

Can a comparison with Venezuela be made? The Spanish government often denounces the situation in that country.
In the Catalan case, we see how Spanish justice has dangerously transformed the meaning of the word "violence" and associates it with the simple fact of exercising civil rights such as voting or standing for election... Nothing in the Catalan political process can be described as violent. Specifically, the Working Group gave a decision in these terms in relation to the situation in Venezuela. The cases are comparable.

Which of your clients' rights have been violated?
In general terms, fundamental rights like the freedom of speech, demonstration, opinion, association and participation. The right to a fair trial and discrimination for political motives. That is, that those involved in the case are in prison for their political ideas - for having defended the right to self-determination of Catalans - in a clear case of discrimination with respect to other similar actions with different people involved.

Is there any crime in proclaiming independence?
It is not the task of the lawyers to define or find crimes.

In refusing to allow Jordi Sànchez to leave prison, the judge Pablo Llarena argues that he "maintains his ideology".
This is sufficient to raise the question of whether the arrests are arbitrary. That is, that the imprisonment is motivated by the ideas held by the prisoners.

The conclusion of the Working Group will not be binding. It would not be the first time that the UN has given a warning to Spain -for example, about forced disappearances- without anything changing in the country.
At least it would be a clear red flag for a country that says it is democratic and respectful of human rights.

What would a favourable conclusion enable in terms of the interests of your clients?
That is a good question, but it should be put to the Spanish judge or government. For us, the most urgent aspect is their liberation. 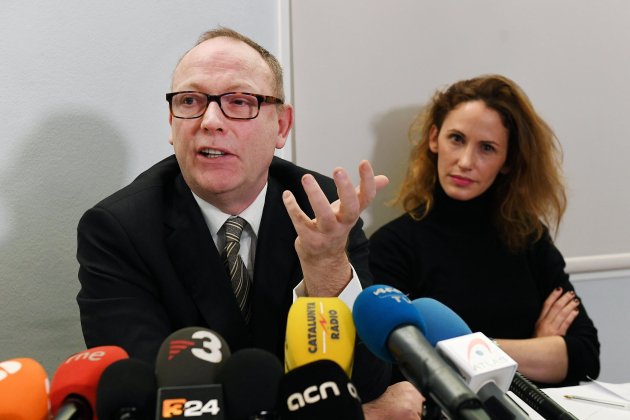 Are you confident that the European legal structures will end up imparting justice?
We are convinced that it will be so and that the case of Jordi Cuixart, Jordi Sànchez, Oriol Junqueras and Joaquim Forn will not remain unpunished.

For the time being, except for the police violence on 1st October, the international community has been silent...
Yes, and this is not enough. For this reason, we are going to the UN.

You have denounced the authoritarianism of the Spanish authorities...
Spain has used dictatorial methods, and I reiterate that. It is shameful that a country like Spain, which went through an extremely brutal Civil War and endured the burden of Franco's dictatorship and all its consequences, should tolerate a judicial spectacle like this.

It is shameful that a country that went through a brutal Civil War and endured the burden of Franco's dictatorship and all its consequences, should tolerate a judicial spectacle like this

What's your opinion of its response to the Catalan conflict?
I can only say that its judicial response violates the rights of our clients.

Does the separation of powers exist in Spain?
Commenting only on the case of our clients, it appears not to.

We have seen ministers who explain what judges are going to do in advance, even Prime Minister Rajoy telephoning the judges of the Constitutional Court just before they meet...
Some public statement made by members of the Spanish government are, undoubtedly, violations of the presumption of innocence, and question the independence of justice in Spain.