The International Trial Watch (ITW) group has asserted today that Spain's Constitutional Court is duty-bound to annul the verdicts given in last year's trial of Catalan independence leaders - based on "the exact application of the doctrine that it has held up until now".

Spokesperson for the ITW observers' group, Mercè Barceló, who is a constitutional law professor at the Autonomous University of Barcelona (UAB), made this statement today before a Catalan parliamentary committee, where she was presenting the ITW report on last year's trial, which concluded with nine defendants being jailed for 9-13 years by the Supreme Court for a major offence of sedition.

Barceló pointed out that "the Constitutional Court has a very well established doctrine" on the issue stating that "exercising a fundamental right cannot be the subject of punishment."

"No offence of any kind"

"If there is an exercise of a fundamental right, there is no infraction of any kind," said Barceló, making her argument with a direct quote from the jurisprudence of the Constitutional Court. Fundamental rights, she quoted, "impose on public powers the obligation to take into account their constitutional content, precluding reactions that would imply their unnecessary or disproportionate sacrifice or would have an effect which dissuades or discourages their being exercised."

The court's doctrine goes even further, she noted, explicitly stating the mutually exclusive relationship between fundamental rights and criminal actions: "Even if the submission of the rights to a regulation may be possible through its literal interpretation, the facts proven cannot be simultaneously regarded as acts in which a fundamental right is exercised, and behaviour which constitutes an offence," Barceló read to the committee.

Thus, according to the ITW report, the actions which were the subject of the trial and which led to the conviction of six former ministers of the 2017 Catalan government - along with former parliamentary speaker Carme Forcadell and civil group leaders Jordi Cuixart and Jordi Sànchez - are protected as fundamental rights of assembly, demonstration and expression.

In addition, with regard to Forcadell's case, Barceló argued that the speaker had acted correctly in admitting for consideration the pro-independence legal initiatives that reached the parliamentary Bureau, as a refusal to do so could have led to constitutional complaints that she was making a decision based on the merits of the texts and not their formal correctness, that being the criteria which the Bureau was required to apply.

Barceló, speaking before MPs from only the pro-independence parties JxCat and ERC, also referred to the possible future ruling of the European Court of Human Rights (ECHR) on the appeals against the Supreme Court verdicts, which could take more than seven years to arrive. 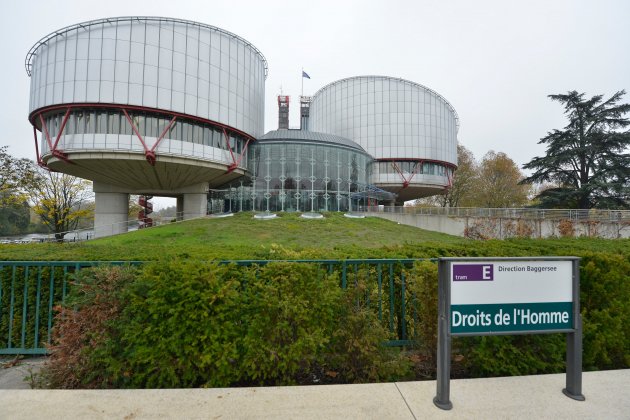 Headquarters of the European Court of Human Rights in Strasbourg / ACN

She warned that "when there is evidence that a conviction may have a deterrent effect on the exercise of fundamental rights, such sentences are normally quashed." "And especially so in cases where the defendants are public figures or people held in high regard by the population," she added, noting that "the Jordis", Cuixart and Sanchez, fall into this category.

The law professor also spoke of her regret that Spanish courts have become "unleashed" and are pursuing rights such as freedom of expression, inviting her audience to reflect on what has happened to these rights since the sedition conviction to the leaders of the 2017 referendum and independence process. "Now how will we exercise the right of assembly? What must we do in order to avoid being convicted for an offence of sedition?" she asked.

Last week, Spain's Constitutional Court ruled against an appeal asking that the prison sentences of the convicted pro-independence leaders be suspended while the court rules on the substance of the main appeals currently before it.