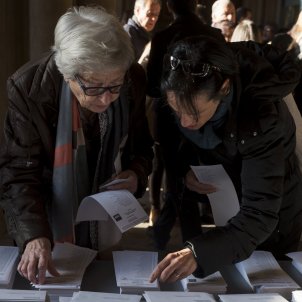 A group of international observers present for the Catalan election have stated in a report that the campaign coverage provided by some Spanish media was not neutral. According to the Democracy Volunteers group, who analysed 23 randomly-selected media during every day of the election campaign, newspapers such as La Razón and ABC supported the campaign for unionism "with enthusiasm". They conclude that in the Madrid press that they analyzed, there was an almost complete negativity towards the independence of Catalonia and they affirm, in this regard, that there is "important evidence" that the coverage did not contribute to providing a "fair" reflection of the political debate during the electoral race. The media that contributed least to reflecting the political debate were El País and El Periódico. The report also specifies that only ABC showed some "suggestion" of balance in its coverage.

The report by the British group of specialist electoral observers also notes that the Spanish public television channels TVE1 and TVE2 were "strongly pro-unionist" even though "not at the same level" as the Spanish newspapers and highlights in a positive sense that TV3 was the only TV channel studied which showed "proportional" coverage with "balance" between the two opposing positions in the independence debate. The report also mentions that other television channels took care to maintain balanced coverage among all political parties during their televised debates.

The report also makes an analysis of radio broadcasters, Spanish as well as Catalan. According to the British group, Catalunya Ràdio, which received criticisms and the threat of a punishment from Madrid, for not fulfilling the terms of impartiality that public media have to maintain, showed more support for the independence of Catalonia than the rejection of independence showed by Spanish public radio, RNE.

The team of observers, made up of twelve members from the United Kingdom, Ireland, France, Italy and Norway, travelled to Barcelona the week before the elections. During their stay in Catalonia, the different members of the team visited the headquarters and campaign events of the different parties in the areas of Barcelona, Girona and Tarragona. As well, they carried out interviews with all the main Catalan political parties, with high ranking Catalan government officials and also visited the Parliament. 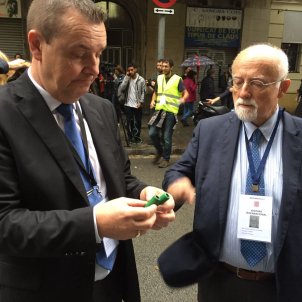