The speech given by Felipe VI this Tuesday in Vitoria-Gasteiz, in the Basque Country, had little to do with the historical reality which, supposedly, was the point of his visit. Together with queen Letizia and prime minister Pedro Sánchez, the head of the Spanish state officially opened a Memorial to the Victims of Terrorism which excludes those who were killed by the police during the workers' protest on March 3rd, 1976 in the Basque city.

Five workers protesting for better conditions and wages were shot dead that day in one of the major episodes of state violence during Spain's post-Franco Transition, and subsequently different associations created the group Memoria Osoa - which translates as "Complete Memory" and has fought ever since to restore the dignity of those workers.

The Spanish monarchs visit the memorial in Vitoria / Source: @CasaReal

Chants against the king and Sánchez

Felipe VI's entry into the memorial centre was placid, as the Ertzaintza police maintained protesters at a distance, including those protesting against Sánchez, others calling for a republic and those who chanted that the Spanish state was the "murderer."

The building in which the memorial is located, a former Bank of Spain, centred the attention of the King's speech, who assured that, thanks to this new centre, "the memory of all the victims of terrorism is honoured." In addition, the royal house put forward a proposition: "We must fulfill the goals such as preserving and disseminating the memory of the victims," said Felipe. But he didn't specify which ones. 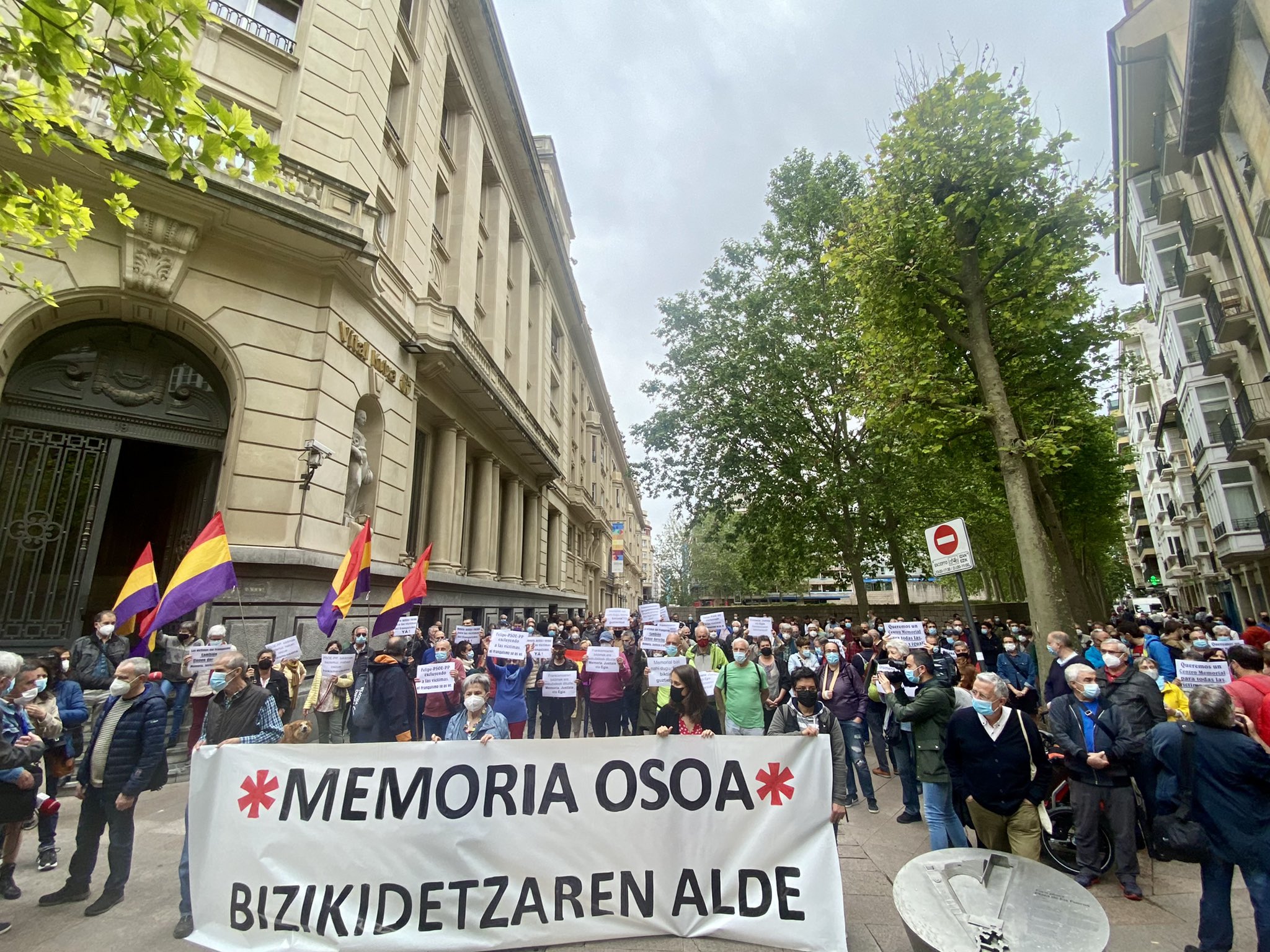 Protesting against the presence of king Felipe VI in Vitoria-Gasteiz / Source: Bildu

Pedro Sánchez's Spanish Socialists assert that this memorial is only addressed to those who have been legally recognized as victims of terrorism, among which are those who died due to the actions of pro-Basque terror group ETA, Marxist terror group GRAPO, the state-sponsored anti-ETA death squad GAL and the jihadist Islamic State. Human rights violations suffered at the hands of the police during the Franco regime or the Transition are not taken into account.

Local media and journalists reported on the monarch’s arrival. Memoria Osoa protests the "discrimination" in the new centre, tweeted Gasteiz Hoy, while Ion Salgado noted that the centre remembers the torturer Melitón Manzanas and the Franco-era military leader Carrero Blanco, because they were killed by ETA, but not the workers who were by shot by police on March 3rd.

The Memorial also has an audiovisual section, in which there are testimonies by victims of terrorism and summaries of the history of terrorist organizations. Visitors hear the sounds of threatening chants or memories of demonstrations that have taken place during recent history.

Main photo: Felipe VI and Letizia turn their backs on the protesters in Vitoria-Gasteiz, in the Basque Country