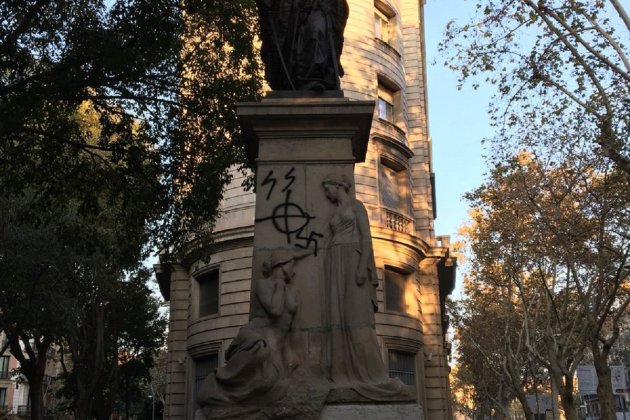 As well, on the commemorative plaque at the foot of the statue, the message "Long live Spain" was sprayed. 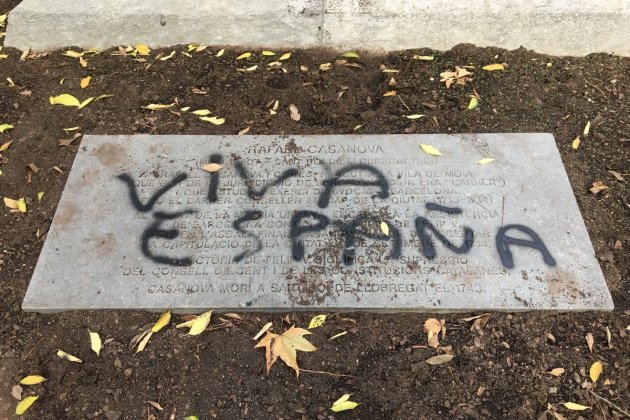 Meanwhile, the local council in the provincial town of Santa Coloma de Farners intends to lay charges against those responsible for the pro-Spain graffiti that appeared in several places around the town. 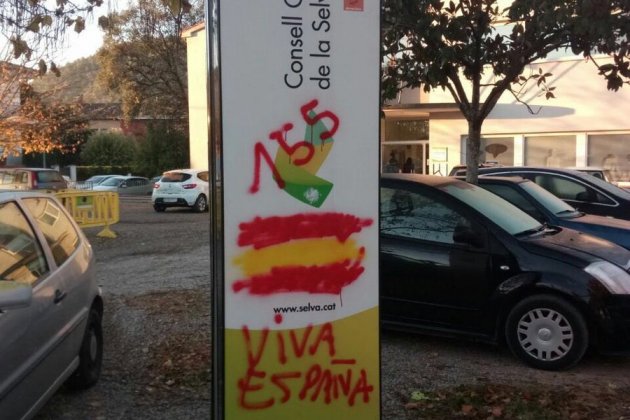 In particular, graffiti was seen on advertising panels, pedestrian crossings and private buildings, one beside a school. In all cases the message given was 'Long live Spain', along with depictions of the Spanish flag. 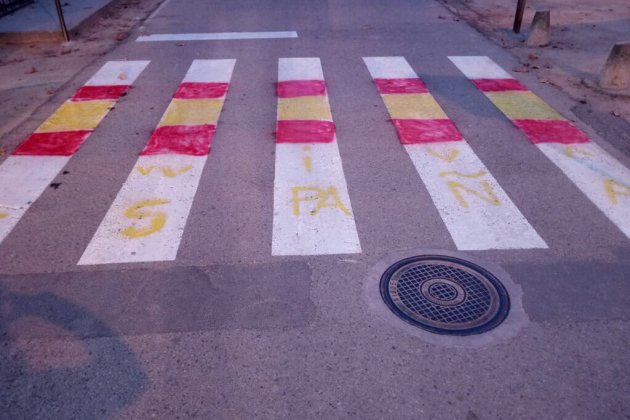 The mayor of Santa Coloma de Farners, Joan Martí, says that this is "anti-social behaviour which has to be condemned". Martí says that if the security cameras of nearby businesses make it possible to identify those responsible, they will be prosecuted.

Another building targeted has been the Barcelona headquarters of the Catalan National Assembly (ANC). The glass frontage of the pro-independence organisation's premises was graffitied with a Spanish flag and the slogans "Long live Spain", "155" and "ANC get out".