ERC working with Puigdemont in Brussels for agreement on investiture 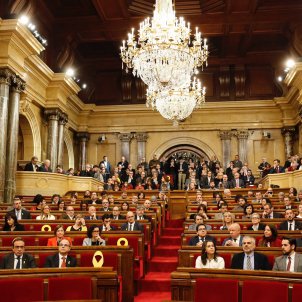 It's been a working Sunday in Brussels for members of the two largest Catalan pro-independence parties - ERC (Catalan Republican Left) and JuntsxCat (Together for Catalonia). With acting Catalan president Carles Puigdemont taking part, the two parties have been meeting to hammer out a formula that will allow the investiture of the new Catalan president to go ahead.

ERC sources close to the negotiation highlight their willingness to hear the current president's proposal to make possible an "effective investiture and the formation of a government". "ERC has been, is and will in the future be fully prepared to enter into an agreement that will restore Catalonia's self-government institutions as soon as possible", say the party sources.

The Brussels meeting is the latest step following talks over the last few days to resolve the crisis that emerged between JuntsxCat and ERC last Tuesday, when the Catalan Parliament's speaker, Roger Torrent, announced the postponement of the session to invest Carles Puigdemont as president, just a few hours before the session was due to begin.

Although the negotiations have been led on the JuntsxCat side by the group's spokesperson, Elsa Artadi, and for ERC by Jordi Bacardit, Carles Puigdemont and ERC secretary general Marta Rovira have been kept constantly updated on developments, even taking part via a videoconference last Wednesday. However, Rovira is not among the members of the ERC delegation in Brussels today.

Last Tuesday, the Republicans reproached JuntsxCat for the fact that neither the plan for successfully carrying out the investiture nor the contents of the president's address had been shared with them, as they had earlier agreed. Subsequently, ERC has repeatedly insisted on the need for the investiture to be "effective" and to take place without leading to new criminal charges for those involved, especially for the members of the Parliament's Board and for the deputies currently charged but released on bail. ERC leader Oriol Junqueras raised the possibility of a structure involving a symbolic president and another who would have effective power, which led to more rumours about the possibility that this second role might be held by one of three candidates: either Jordi Sànchez - president of the parliamentary group of JuntsxCat who is at present imprisoned in the Soto del Real jail - or the minister Jordi Turull, or the group's spokesperson, Elsa Artadi. 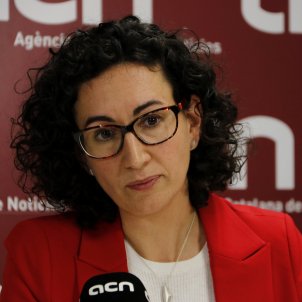