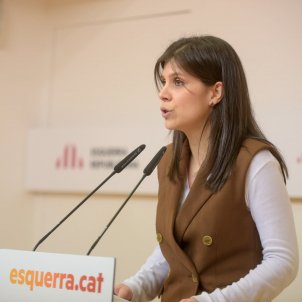 The Catalan Republican Left (ERC) is once again marking its distance with Pedro Sánchez. ERC spokesperson Marta Vilalta announced at a press conference with Monday that the party would vote 'no' to the decree on Spain's post-coronavirus "new normality" that the government is to bring to Congress this week. Vilalta regretted that the Spanish executive had not opened a formal negotiation with her party for the decree and said that "there is very little room" for the Catalan party to change its position. Vilalta also lamented that "the Spanish government has opted for the cheapest votes, which are given in return for nothing, which are those of Ciudadanos" - referring to the fact that the Spanish coalition government has now repeatedly alternated partners, and accepted votes from the anti-independence Ciudadanos party when disagreements have occurred with its original parliamentary backers.

Vilalta also called for a joint strategy within the pro-independence parties to "avoid internal division at every blow from the state", with respect to Thursday's Congress vote on the parliamentary immunity of JxCat spokesperson Laura Borràs, who is accused of offences relating to contractual irregularities when she was head of cultural body Institució de les Lletres Catalanes. Vilalta thus has made it clear that the party has not yet decided what its final position will be on the vote on ​​the status of the JxCat member. However, she did offer some clues.

"We will always offer all solidarity to pro-independence activists persecuted for their ideas," she promised, adding, however, that "independence can never be linked" to any irregular practice. “We continue to work to find a joint position,” she added.

The Republican spokeswoman called on the whole of the independence movement to find a "joint strategy" to get through the post-Covid crisis and make progress in the independence process. "Having a joint strategy would prevent each state attack from generating an internal division for us, which tires and irritates the public," she said. 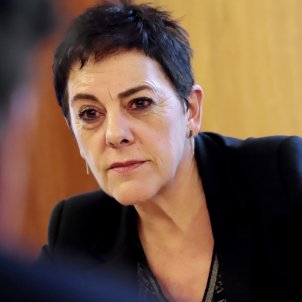 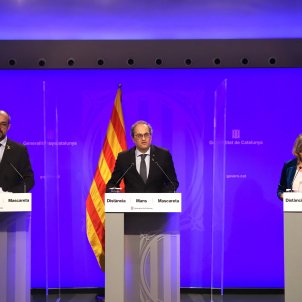