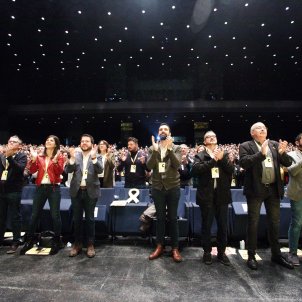 The rank and file membership of the Catalan Republican Left (ERC) has overwhelmingly approved - with 93% of votes in favour - the pro-independence party's new roadmap for dialogue with the Spanish state, despite refusing to close the door on any of the possible paths to a Catalan Republic. In a party conference clearly marked by ERC's current negotiations with the Spanish Socialists (PSOE) for the formation of a new Spanish government, as well as by this week's key European court decision in favour of the immunity of imprisoned ERC leader Oriol Junqueras, the party also voted decisively to amend its statutes to allow its leadership duo, Junqueras and the exiled Marta Rovira, to extend their mandate due to the state repression they are suffering.

The party's new political policy text consolidates ERC's movement towards dialogue and a negotiated path as a priority option for independence. Nevertheless the text, once negotiated and transacted with the rank and file, leaves the door open to other "democratic" and "peaceful" scenarios, relegating the unilateral route to independence to the last option.

The text also sets new goals for strengthening the party, among them the broadening of the support base for independence, through better governance and more public policies focused on the Catalan Republic. It also commits ERC to aiming for "broader" majorities, conquering Catalonia's "political centrality", and starting a process of "accumulation of forces". In the wake of the repression after October 2017, the party wants to be better prepared and to "strengthen itself at all levels" to be ready for a possible new contention with the state.

Three routes to a referendum

The text proposes three scenarios for reaching a new Catalan independence referendum. The first, by negotiation and agreement with the Spanish state. Second, through mobilization, civil disobedience, the generation of a mass consensus and international guarantees, thus "forcing" the state by leaving it "no alternative" other than to agree to a referendum. The third and final option is implied by the commitment to never rule out the course of "tornar-ho a fer" - that is, "doing it again" unilaterally as in 2017, although the text makes it clear that the ideal way would be the first option, and the one that is seen as most likely, the second. 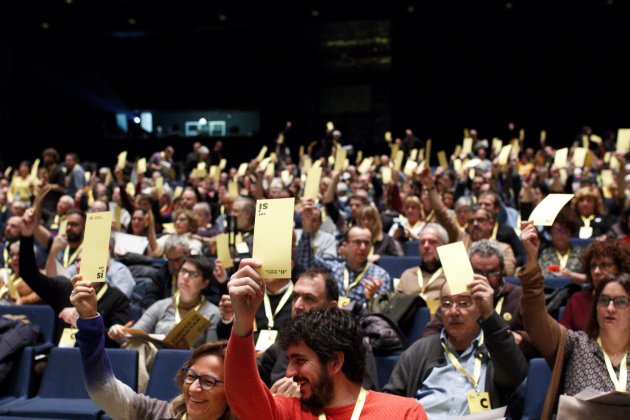 After negotiation between leadership and members in recent weeks, the text as presented by the party leadership today contained a new paragraph to make it clear that no path to independence would be renounced. Specifically, the text states that ERC "needs to be alert to possible new scenarios that will allow [Catalonia] to move to independence via any democratic and peaceful path."

A conference in the middle of a negotiation

The ERC conference this Saturday has taken place at a key juncture: two days after the European Court of Justice's landmark ruling in favour of the European parliamentary immunity of Oriol Junqueras, and in the middle of negotiations with the PSOE for the investiture of a new Spanish government under Pedro Sánchez. In fact, those negotiations are currently paused while ERC awaits announcements from the Socialists and the State Solicitors giving their positions on how they believe the Luxembourg court's pronouncement should be applied. These are expected to be known by Monday.

With this backdrop, party national coordinator and Catalan vice president Pere Aragonès used his speech to send a message to the PSOE. He described the new development as a "wonderful opportunity" to open a "new phase" of dialogue and negotiation, but warned that in order for this to occur, "politics needed to take the place of repression". 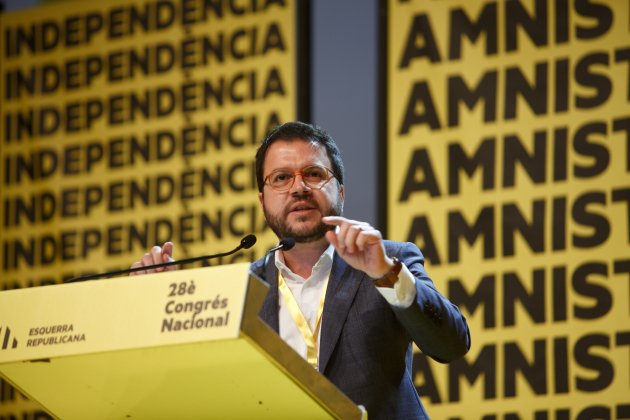 ERC sources say they are awaiting a gesture from the state solicitors towards imprisoned party president Junqueras regarding the EU court's ruling, in order to thaw negotiations with the PSOE. They add that if negotiations resumed and talks with the Socialists were positive, the investiture of a new Spanish government might be possible between December 27th and January 4th. However, they warn that further movements are still needed for agreement to be reached.

This Saturday's session is the second part of a party congress held in two phases, with the rank and file having elected the new leadership last September: confirming the jailed Oriol Junqueras and exiled Marta Rovira as leaders, but adding Pere Aragonès and assistant secretary general Marta Vilalta to strengthen the party's capacity for effective direction.