Junqueras: "The verdict gives us a victory and indicates we'll end up winning"

Former Catalan vice-president Oriol Junqueras believes that the ruling from the Court of Justice of the European Union is "clear and categorical" and represents a "victory which indicates we'll end up winning".

In an interview with Catalunya Ràdio today, his first since the court found he should have enjoyed immunity as an MEP-elect, the leader of ERC says he "is used" to the Supreme Court not acting in accordance with the law. He says he received yesterday's decision with "prudence and serenity".

Junqueras takes the opportunity to emphasise that "nothing he did" as vice-president of Carles Puigdemont's government was a crime. "Not only was it legitimate, but legal. And we accepted the risks inherent in trying it, and one of these risks was being in prison, and here we are," he says. More than that, he believes they have the right to "try it again when we've got a clear majorities repeated over time".

Although he says it would be an "honour" to take his seat as an MEP, he doesn't see his release from custody as urgent. What is urgent, he says, "is the freedom of the country and the whole of the citizenry". "We're in prison, so we're here. There are many things worse than being in prison and it's better to be here for doing what we had to do," he said.

Speaking without knowledge of the statement ERC would make in response to the judgement, he said that, regardless of whether he remains in prison or not, talks with PSOE should continue. 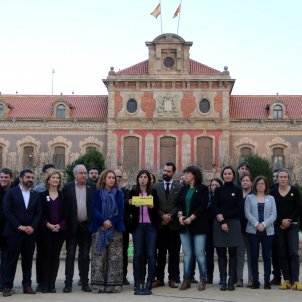 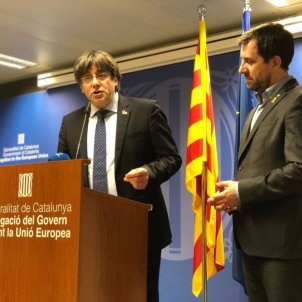