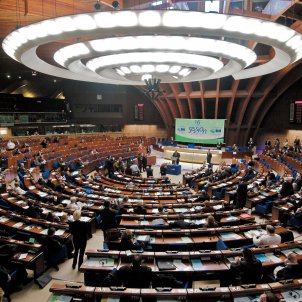 The Council of Europe is to examine whether the freedom of expression of imprisoned politicians in Spain and Turkey is being breached. This initiative is the result of a motion presented to the Council's Committee on Legal Affairs and Human Rights, which has expressed its concern about the growing number of national, regional and local politicians prosecuted "for statements made in the exercise of their mandate, in particular in Spain and Turkey".

The decision of the Parliamentary Assembly of the 47-member Council of Europe to write a report on this issue arrives as the Catalan independence trial continues into its 10th week, amidst constant allegations of violations of the political rights of the pro-independence leaders on trial in Spain's Supreme Court. The report will be drawn up taking into account two resolutions passed by the European human rights body in the past: they are "The definition of political prisoner", which specified criteria for defining jailed individuals as political prisoners, and "Keeping political and criminal responsibility separate", which concluded that politicians should be protected from criminal prosecutions based on their political decisions.

The initiative is the result of a motion presented in January to the Assembly by 24 of its members, representing five of the six groups in the chamber. The motion recalls the declaration of constitutional advisory body the Venice Commission that the purpose of parliamentary immunity is the protection of parliamentary institutions and the guarantee that elected representatives can carry out their political tasks "effectively without fear of the interference from the executive or judiciary".

In the text the signatories also note that the Venice Commission defends that "the freedom of expression of Members of Parliament is an essential part of democracy," which has to be "wide" and should be protected, even when they speak outside Parliament, and especially when they are in opposition and "express idea that differ strongly from those of the majority". 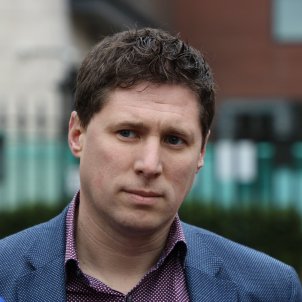