ERC to vote 'no' on extending Spain's state of alarm: "It's not the right mechanism" 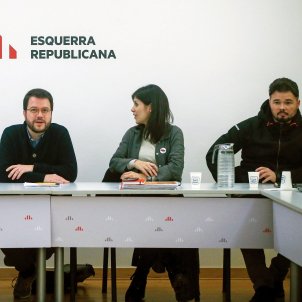 Now it's official. The Catalan Republican Left (ERC) party has decided to vote against prolonging Spain's state of alarm declared due to the coronavirus crisis, in the crucial parliamentary vote to take place on Wednesday in Madrid. This decision was formally made by the executive of the pro-independence party this afternoon, after several ERC leaders had already let it be known that they did not want to facilitate a sí for Pedro Sánchez, as they had done on the previous three occasions. The party leaders harshly criticized the Sánchez government's recentralization of power in the Spanish state over the past few weeks.

ERC says that up till now the party had abstained out of "responsibility" and to give "a vote of confidence to the Spanish government", but it considers that "centralization is a mistake" and that in the phase of easing lockdown, it is Catalonia that should "decide" without "having to wait for approvals, without job duplications and without asking permission." The executive backs this view in a statement released after the meeting, in which they regret that the Spanish government did not "listen" when the Catalan group asked for a "rectification in the withdrawal of power and spaces of sovereignty" and they argue that they cannot continue to vote "to facilitate this state of alarm" because "it's not the right mechanism."

"Militarization and the restrictions of rights, freedoms and powers imposed by the state of alarm must end. This is not a war; we do not need a single command by the defence ministry. The situation must be managed under medical and political criteria as we have argued from the beginning. Exceptional measures must be extended, but not the state of alarm," said the statement. In addition, ERC believes that "the Catalan government was ahead in its actions and marked the path to follow, often causing the Spanish government to correct its course." Therefore, they ask "to be able to make decisions based on the opinion of experts and fully knowing the social reality of our country, not with decisions taken 600 kilometres away."

The state of alarm, in the air

Until now, the Republican Left had abstained in all three previous votes in order not to block the government which it helped create, but in the last vote, the Catalan party already warned that it was closer to a no. In fact, last week ERC announced in a press video that it would not facilitate this vote again if there was no return of powers to Catalonia. In this Wednesday's vote, however, the ERC votes are now more decisive than before, as the Spanish government is short of numbers.

The PP has raised the price of its votes, which until now had been a blank cheque, and has warned that for the time being it will not support the new extension. This leaves Sánchez's  PSOE in the hands of the small parties and nationalists and, above all, the calculator. If the PP withdraws its votes, the weight falls on the decisions taken by ERC, Ciudadanos (Cs), the Basque Nationalists (PNV) and other small parties. Accordingly, members of the Spanish executive have raised their tone today, warning the opposition, and especially the PP, that they will be "responsible" if the end of the state of alarm leads to a new wave of coronavirus and "chaos".

The threats have not affected the ERC decision, which remains in no camp, although other parties such as the Basque independence group Bildu, with whom the Catalan party often maintains a common strategic line, have announced that they will abstain.

Prior warnings from Rovira and Aragonès

This morning, party secretary general, Marta Rovira, had already warned that "things would have to change a lot" for ERC to help Sanchez to extend the state of alarm. In an interview with Spanish public broadcaster Radio 4, the exiled ERC leader criticised the "unilateral decisions" and "abuse" in the centralization of powers by Pedro Sánchez and considered that in the stage of lifting lockdown, Spain's state of alarm "has to end."

Similarly, party national coordinator Pere Aragonès stated that so far ERC has abstained out of "responsibility", but that after fifty days "it can't continue without evolving" . "It's time to manage it differently, and we are considering moving from abstention to no. Experience tells us that recentralization has not helped and has been an impediment to a management that is already very complicated," he argued in statements to the radio station Ser Catalunya. 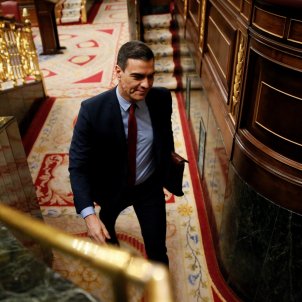 Editorial Sánchez and the state of alarm as blackmail José Antich 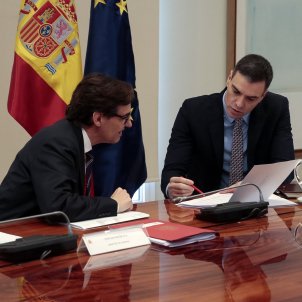 Coronavirus Spanish ministers to opposition: “If you block our plan, virus resurgence would be your fault" Nicolas Tomás

Coronavirus To defeat the state of alarm José Antich