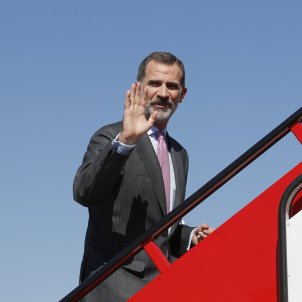 The Catalan Parliament's commission of inquiry into the application of Article 155 to Catalonia has agreed on its final conclusions, bringing together the opinions and facts gathered in many sessions and witness appearances since its constitution on November 6th, 2018. The commission voted its approval of the conclusions presented by the three pro-independence parliamentary groups, JxCat, ERC and the CUP. And the commission has included in its final views that it considers "necessary" the abdication of Spanish monarch Felipe VI, and also proposed that Parliament should censure Spain's current prime minister Pedro Sanchez, his predecesor Mariano Rajoy and the king himself. This recommendation will now have to be debated and put to a vote in the Catalan chamber.

JxCat, ERC and CUP-CC stressed that despite the "nuances" in the analyses made by each party, they collectively gave the green light to all the conclusions the three parties put forward, because they have "a shared obligation to defend themselves as a bloc in the face of the aggressions of Article 155 ", as ERC deputy Jordi Orobitg put it. Carles Riera (CUP-CC), highlighted the "diversity" of the independence movement. The left-wing Commons group also saw of its proposed contents approved and incorporated into the final views, such as the assertion that the citizens of Catalonia have been mobilizing peacefully over recent years and that the pro-independence prisoners are "unjustly imprisoned".

The Catalan branch of the Popular Party (PPC) also took part in this session, after previously only attending the session to constitute the commission, although all the conclusions it reached today were rejected by the other groups.

118 appearances and a year and a half long

Article 155 was imposed on Catalonia on 27th October 2017, as part of the Spanish state's repressive response to the Catalan referendum and independence process. Its application meant Catalan government and institutions were subject to direct control by the Spanish authorities for a period of more than six months.

On November 6th, 2018, the Catalan Parliament set up the commission to investigate the use of 155, calling for testimonies from participants such as the political prisoners Oriol Junqueras, Jordi Turull, Josep Rull, Dolors Bassa, Raül Romeva, Quim Forn, and the exiles Carles Puigdemont and Marta Rovira. From the very beginning of the commission, it was boycotted by the unionist Ciudadanos party, while the PPC attended at first but ended up leaving. The PSC also walked out on December 4th, 2018, labeling it as “a propaganda tool”. The commission opened its first session on November 20th, 2018, when it approved the work plan and the list of those to appear.

Among the 118 who were summonsed were also the current Spanish PM, Pedro Sánchez, and his deputy Carmen Calvo. As well, the commission asked former prime minister Mariano Rajoy, ex-deputy PM Soraya Sáenz de Santamaría, former government delegate Enric Millo and former ministers Juan Ignacio Zoido, Rafael Catalá and María Dolores de Cospedal. But none of them ended up appearing before the commission, shielding themselves in an opinion from Spain's Council of State that argues their absence was justified because as senior officials of the Spanish executive the institution they must be accountable to is Congress.

Article 155 of Spain's 1978 Constitution allows the Spanish government to impose its own direct rule over an Autonomous Community. It had never been employed until October 2017, when the Rajoy government, supported in the Senate by the votes of the PSOE and Ciudadanos, imposed 155 on Catalonia in response to the Catalan independence referendum and the associated political crisis. 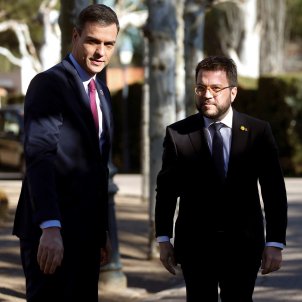 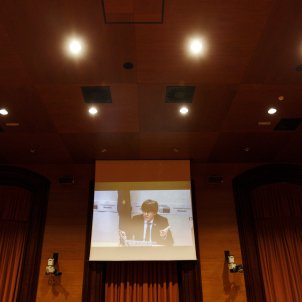 Catalan parliament Puigdemont: "The Spanish state decided to damage Catalans as much as it could" Marta Lasalas 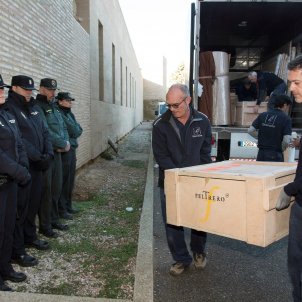