Catalonia now has a rent control law, via the votes of JxCat, ERC, CUP and Comuns

The Catalan law to regulate housing rents is now a reality. Parliament passed it this Wednesday evening with the votes in favour of JxCat, ERC, Catalunya en Comú Podem and the CUP after a last minute agreement between the pro-independence JxCat and the Tenants' Union.

The agreement, which has been reflected in a compromise amendment passed by the four parties, allowed the bill to have the necessary votes to pass. Just minutes before the vote, however, the PDeCAT - now politically estranged from the JxCat block of which it was formerly part - announced its rejection of the bill, which led its four MPs to vote against. In any case, the PDeCAT votes were not necessary for the passing of the text.

In fact, a similar split also affected the other main pro-independence parliamentary group, ERC, whose two representatives from the small Democrates group, also broke voting discipline and voted against the text.

How will the new law work?

The new law will set maximum rental prices that can be charged for any apartment or home. It will apply to areas of Catalonia where the market is defined by different factors as being "under stress", for example, where rent prices exceed 30% of average household income. In practice this means it will initially apply in 60 Catalan municipalities with a population of over 20,000.

The maximum rent for any given apartment or home in these areas is calculated by a formula based on an index figure for the address and the specific characteristics of the dwelling. New rental contracts cannot be increased beyond the level of the previous five years, and if previous rent levels exceeded the calculated maximum they have to be lowered in the next contract. There are however a number of exceptions and cases and conditions which make higher rents possible. New or just-refurbished dwellings are also treated as a case apart. 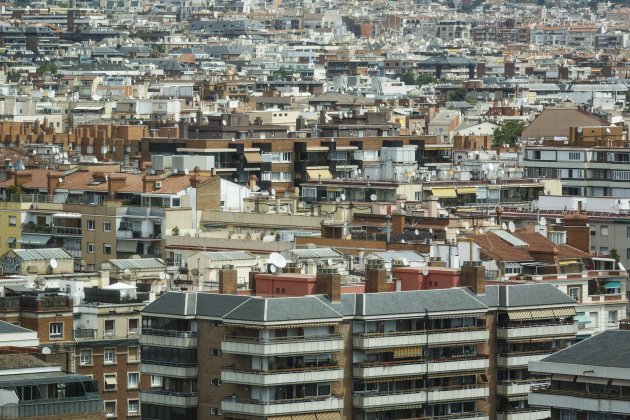 Barcelona has had the second largest rent rises of any city in the Spanish state. | Photo: Sergi Alcazar

One of the exceptions was that agreed in today's last-minute amendment - which allowed the bill to obtain a majority - exempting "vulnerable owners" from the price limitation. These are individuals "with incomes equal to or less than 2.5 times the minimum income index in Catalonia", that is, with income equal to or less than 2,000 or 2,500 euros per month, depending on the municipality.

JxCat MP Glòria Freixa celebrated the reaching of an agreement and gave a strong defence of the "small owner, who is not a predator". "This rent regulation law will reduce the urge to speculate. We will only be able to regulate the market if there is a lot of supply. We need to look for solutions in housing policy," she added. 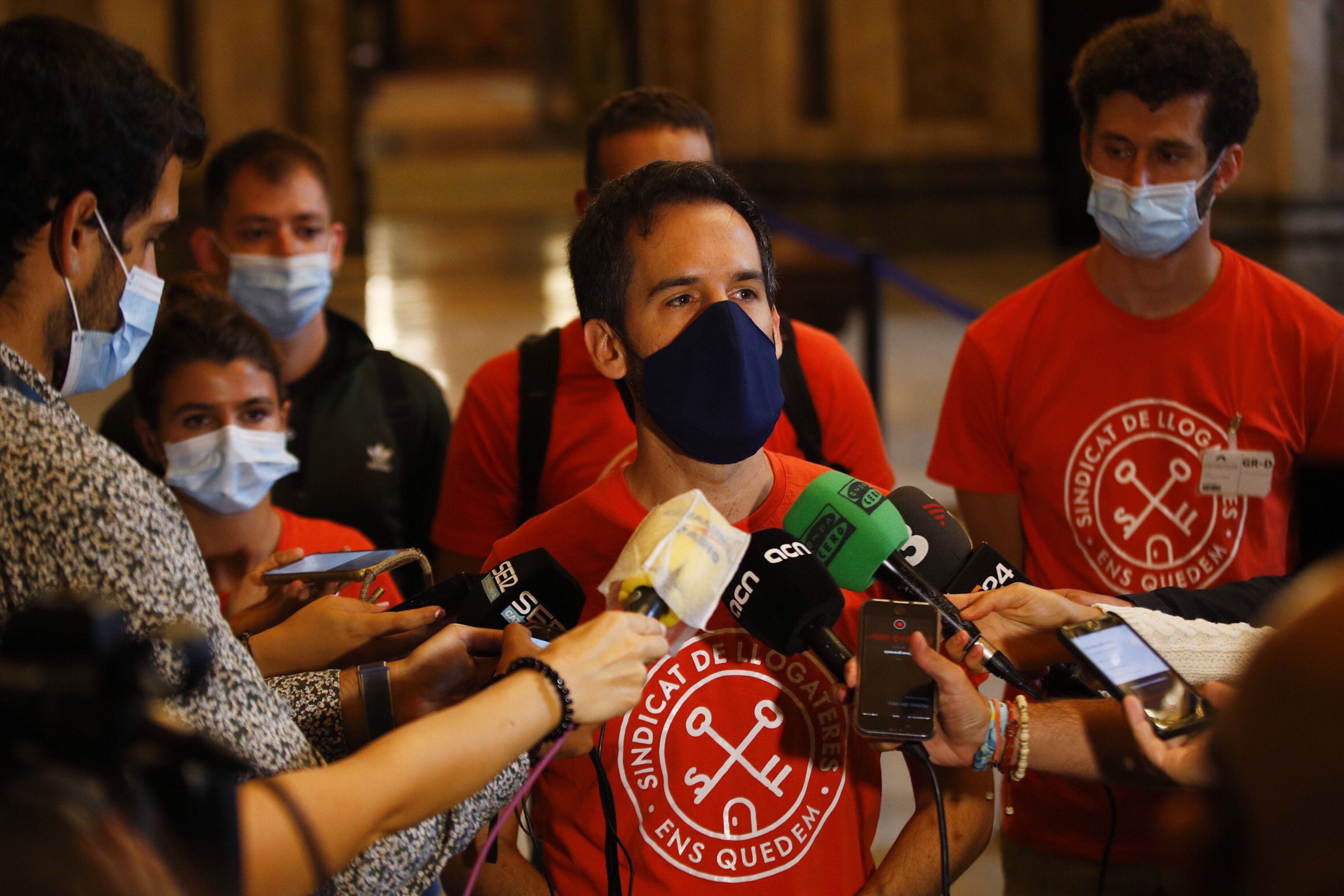 "It's not so that they can get rich, what we are trying to avoid is a situation like other European cities where, due to the legal insecurity, owners decide to sell, or not buy. Then everything goes through the large investors," she argued.

On behalf of the pro-independence ERC, parliamentary deputy José Rodríguez cited several articles by economists asserting that rent controls do not cause adverse effects.

"The control of rental prices today, with the Covid crisis, is even more urgent. Rents have been regulated in many major cities around the world such as New York or Berlin. Passing this law shows that we do not want an independent Catalonia to do the same as the Spanish state," he asserted, with a sideways glance at the JxCat group.

Comuns and the CUP, on the offensive

Both CatComun-Podem and the CUP group were also critical of the reticence shown by JxCat on the law. Comuns MP Susana Segovia assured that if an agreement was reached it was due to the insistence of the Tenants' Union.

Segovia also criticized "the role played by the Catalan Socialists (PSC)", a party with which she said she was "very disappointed". In fact, Segovia reminded the Socialist group that rent regulation was in the coalition agreement that had allowed the Pedro Sánchez government to form. 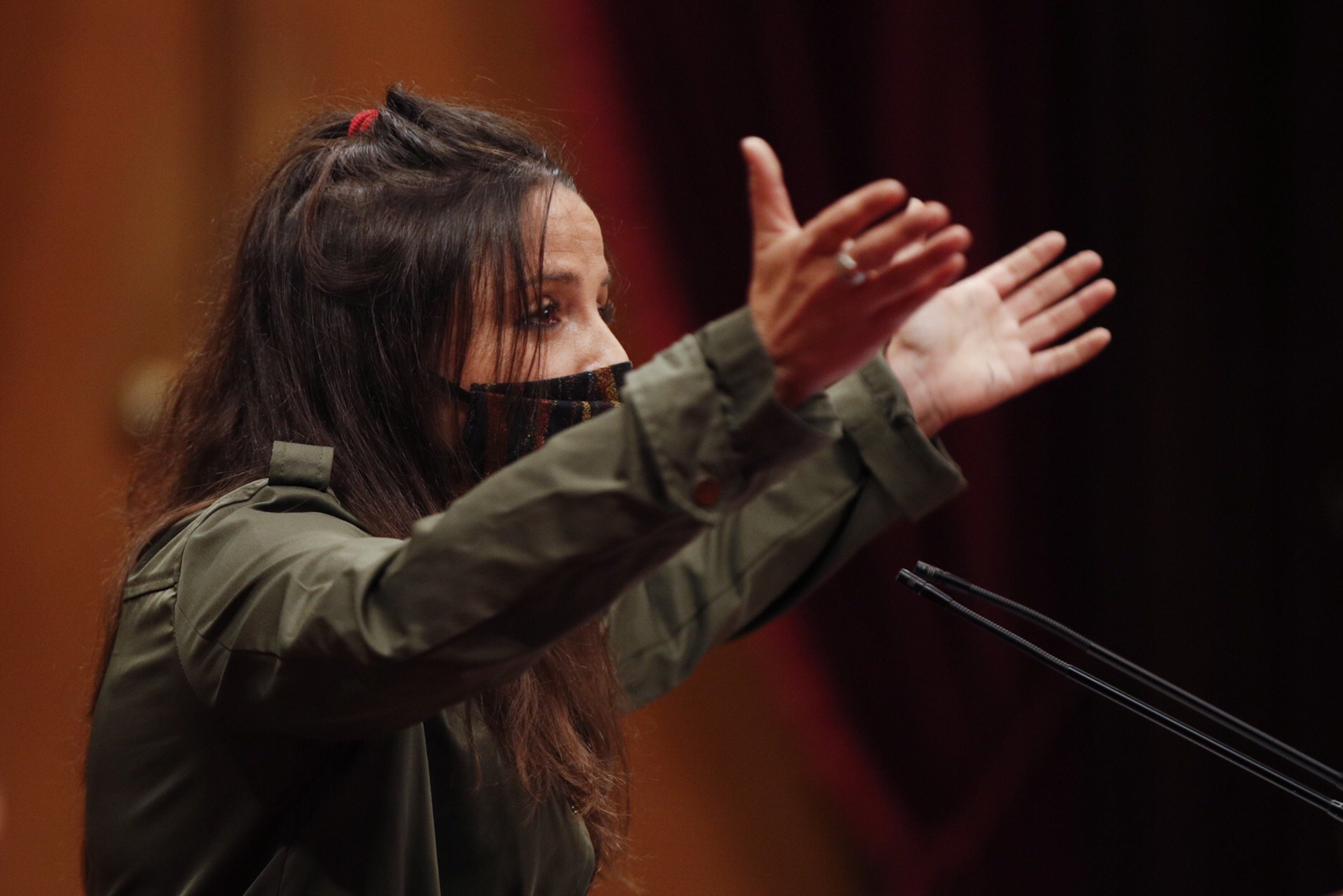 For her part, Maria Sirvent of the left-wing, pro-independence CUP warned that "this is a law of minimums" and that "the fight is not over". She also accused JxCat of demagoguery in its defence of small property owners. "Defending the small owner for you is to allow a person who charges 850 euros for a 50 square metre apartment in Nou Barris to continue raising the price," she said. “Do you know the reality beyond these four walls?” she asked.

Shadow of the Constitutional Court

Spain's Constitutional Court was prominent in much of the debate over the law, as legal advisory body the Council on Statutory Guarantees has already ruled, at the urging of Ciudadanos and the Popular Party, that many of the articles in the text were unconstitutional.

This was reiterated during the debate by the Catalan PP president, Alejandro Fernández, who also announced that his party will take the law to court. Fernández accused the pro-independence parties of "wanting" the law to end up in the Constitutional Court. “Since it will give them, I guess, some kind of political return,” he added.

In the same vein, Cs deputy Noemí de la Calle asserted that those proposing the law are not interested in solving the problems of access to housing but only in generating confrontation. She argued that JxCat and ERC are not doing their jobs with the current competencies which Catalonia holds and called for more active housing policies.

From the Catalan Socialists, MP Rosa Maria Ibarra commented to the groups who had brought the bill to the chamber that it was only having a single reading. "They know that this law will not survive. Most of its articles are unconstitutional and against the Statute," she said, commenting, as Fernández had done, that the goal was to "stir up" confrontation to obtain "electoral benefit."

Below, extracts from today's debate in the Catalan Parliament.