Catalan trial witness threatened by anti-independence attack on his home 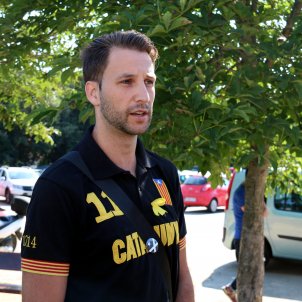 An intimidatory vigilante attack has taken place on the home of a Catalan policeman, summoned to appear later this month as a witness in the Supreme Court trial of Catalan independence leaders. Albert Donaire, a member of the Mossos d'Esquadra and coordinator of the Mossos for the Republic, a pro-independence group within the Catalan force, used Twitter to denounce the incident that occurred at his home on Saturday night: several anti-independence extremists dumped a toilet on his front doorstep, daubed in threatening and homophobic messages. Donaire shared images of the attack, including the video made by the attackers themselves:

Translation:
"This was the action: As you can see, at night so that no-one would see them"—Albert Donaire

The vigilantes placed a ceramic toilet at the door of Donaire's apartment building. On the cistern and seat, several messages were scrawled, including "Alberto, this is for the 24th [April] when you go to the Supreme Court", "Path to independence" and "You are a disgrace to the uniform." In addition, the toilet was surrounded by a mass of ripped-up yellow ribbons and had a pro-independence estelada flag stuffed into it.

As well, the attackers also left behind a electoral poster featuring Carles Puigdemont, defaced to read "Puichimont is not our president, he's a bastard", with the party name "Together for Catalonia" changed to "Together to betray."

Albert Donaire also tweeted a video response of his own, saying "they won't silence me or make me withdraw".

"In relation to the trial if their only argument is to intimidate people, then they've already lost," said Donaire. "Do you do this because you know you have a state with a justice system and police that will protect you so that nothing will happen?"

"Marking people's houses is what the Nazis did to the Jews, the homosexuals, etcetera. There is nothing that differentiates you from Nazism, fascism and totalitarianism. But democracy will win. I will be even more determined to uncover the shame of Spain on the 24th. I won't shut up. You don't scare me," said the Catalan police officer.

Donaire is set down to testify as a witness on April 24th at the Catalan independence trial in Spain's Supreme Court. If the schedule is maintained, he will appear at 11:30am.

The Mossos for the Republic coordinator had previously been investigated by the Civil Guard for an alleged crime of incitement to hatred, but the investigating court in the town of Olot dismissed the case last February. 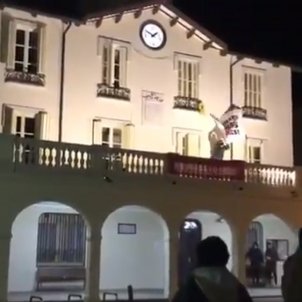 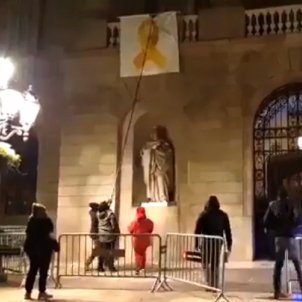