Former Catalan MP for Junts and deputy speaker of the Catalan Parliament Josep Costa has lodged a personal complaint with the United Nations Committee on Fundamental Rights. The complaint relates to his previous role as deputy speaker and member of the parliament's procedural body, the Bureau, which is under investigation by a Spanish court. Costa explained in an interview with Catalunya Ràdio that he is taking the Spanish state to the UN "in order to determine whether the fundamental rights of the members of the Bureau have been violated".

This suit was filed by Costa in a personal capacity. However, he hopes that if the UN committee rules in his favour, this will create jurisprudence and benefit the other four members of the Bureau also under investigation.

Trust in the UN

Costa says he trusts the United Nations and asserts that "anywhere in the world, if you tell them that a Member of Parliament or a member of a Bureau of a Parliament is being tried for the decisions of that Parliament, they don't understand. I know of no similar precedent in any democracy." 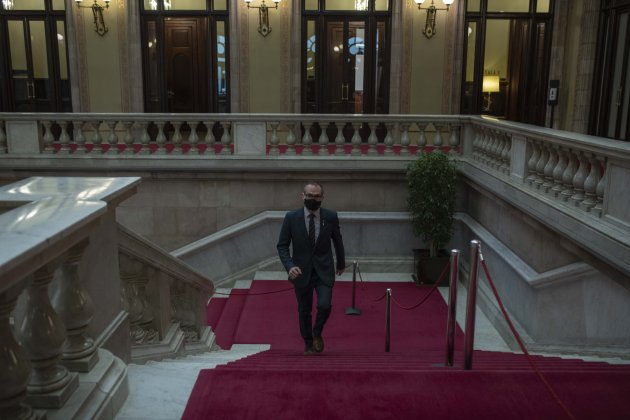 Similarly, he affirms that he will take the issue to "all international instances", as he refuses to accept the power of a court to put parliamentary activity on trial. “A criminal court has no jurisdiction to discuss what has been done in a Parliament, this has to do with the separation of powers,” he stated.

On March 17th, the Catalan High Court (TSJC) accepted the prosecution's complaint against the former speaker Roger Torrent and the other pro-independence members of its Bureau, Josep Costa, Eusebi Campdepadrós and Adriana Delgado, for allowing Catalan MPs to debate two resolutions, on self-determination and the monarchy, respectively. Spanish prosecutors accuse them of disobedience for having agreed to process the two resolutions and allow their debate in the parliamentary chamber, on November 12th, 2019 and November 26th, 2019, despite the warnings of parliamentary legal advisors that this could violate the Constitutional Court’s ban on such debates.

As well, Costa referred to the negotiations between ERC and Junts on forming a new Catalan government under Pere Aragonès: "It would be worse to bury the 1st October referendum than to go to new elections", he said. Costa warned of the mistake of "doing something similar to the referendum on October 1, 2017", since "we have already won the right to independence and confirmed it on 14th February" - when Catalan elected a new Parliament with 52% support for pro-independence parties.

Although, following Carles Puigdemont's renouncement of his symbolic place in Parliament, Costa could remain in the Catalan chamber, he has decided to return to his academic career. As he explained, this is a decision that has been thought about for a long time and that he ended up taking after seeing the "dead end" scenario that the February 14th elections have left.

According to the former deputy speaker, the situation is an "infinite tie" between pro-independence strategies that he sees as "incompatible". And he has come to the conclusion that he can help more from outside than from within politics.

"It's difficult to govern if the disagreements are so great." Where, he asked, is the point of intersection between "the two strategies: waiting for the next generation and persisting until independence is reached?" Costa said he simply didn't see it and "the underlying problem is this".