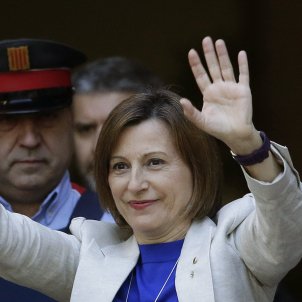 The jailed former speaker of the Catalan Parliament, Carme Forcadell, serving an 11 year 6 month jail term for sedition, has been granted permission to leave prison and care for her elderly mother three days a week. This decision has been made by the prisoner treatment board at the prison of Mas d'Enric, near Tarragona, based on article 100.2 of the prison regulations.

Under the leave awarded, Forcadell will be outside the penitentiary nine hours a day, three days a week between Monday and Friday. Since June 2019, the pro-independence leader has been jailed at the Mas d'Enric penitentiary, after earlier being held in other prisons in Madrid and Catalonia. In total, she now has spent a total of 692 days in prison, almost two years.

The former parliamentary speaker, along with civil society leaders Jordi Cuixart and Jordi Sànchez, are the first of the convicted pro-independence leader to be granted such ongoing leave permission. For the moment, Catalan prison authorities maintain they will not inform of the date when this leave is to start or officially state the names of the organizations where volunteer work is to be carried out.

The treatment board, which comprises psychologists, social educators, doctors and teachers, has granted Forcadell this category of leave, which must be ratified by a prisons court, with prosecutors able to argue against the decision. However, a prosecution appeal against the board's decision would not paralyse the leave, and Forcadell could begin her volunteer work while still awaiting a final decision. Ultimately, she herself could appeal the decision to a higher court. 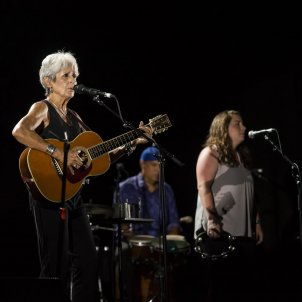