It's official. Carles Puigdemont is to create a new political party to attempt to fill the confusing and at times convulsed political space on the centre-right of Catalonia's pro-independence movement. The publication of a manifesto this afternoon fired the starter's gun in the process to create this new political force which will take the place of Together for Catalonia (JxCat) - created by Puigdemont as an electoral candidature rather than a party, in 2017. The decision to create the new party follows days of talks among members of the Catalan European Democratic Party (PDeCAT) on its own future, with attempts to integrate the party directly with JxCAT not reaching fruition. Today's manifesto included a list of politicians from the PDeCAT space who are committed to the new project by the Catalan president in exile - some of those names are also part of the third pro-independence formation in the centre-right space, the Crida (in English and in full, the National Call for the Republic). The date for the launch of the new party is July 25th.

The signatories of the manifesto include the leader of the Crida, the imprisoned Jordi Sànchez; the PDeCAT prisoners, Jordi Turull, Josep Rull and Quim Forn; exiled former Catalan ministers Toni Comín and Lluís Puig; the number two of the PDeCAT, Míriam Nogueras; current Catalan ministers Damià Calvet and Meritxell Budó; the mayor of Girona, Marta Madrenas; the mayor of Vic, Anna Erra, and mayor of Besalú, Lluís Guinó; as well as the head of the PDeCAT list for Barcelona, ​​Elsa Artadi. There are also other members of the Crida, including the mayor of Montblanc and ERC deputy, Pep Andreu, the former Catalan Socialist minister Marina Geli, and independents from the JxCat list such as Eusebi Campdepadrós and Josep Maria Forné.

"We the undersigned assume the responsibility of promoting the creation in the form of a party in the political space that since December 2017 has been articulated around Together for Catalonia," they say in the text, addressing the voters who supported JxCat in the Catalan election of 21st December 2017, but also those who have “never” voted for these acronyms.

Under the title "Together, for Catalonia" - with the comma differentiating the new manifesto title from the existing political alliance's name - the text reiterates its commitment to the result of the 1st October 2017 referendum and emphasizes that “all peoples have the right to liberty. All nations have the right to self-determination. Catalonia is no exception."

The manifesto was tweeted simultaneously by all the signatories of the text, with the commitment to "make Junts per Catalunya a transversal, plural and effective tool at the service of the Catalan republic and the people".

Talks with the PDeCAT

Today's announcement came after talks between PDeCAT and the Crida for the creation of a new political movement stalled as a result of the former's refusal to agree to join a new force without party quotas or vetoes on people who also belong to other parties.

The so-called PDeCAT steering committee, which includes Turull, Rull and Forn, all imprisoned in Lledoners, as well as Lluís Puig, exiled in Brussels, yesterday accepted the apparent failure of the latest proposal they had made to PDeCAT president, David Bonvehí, to unblock the situation.

Meanwhile, the PDeCAT has informed its members that the party's national council meeting to debate confluence in the JxCat space is to be held on the weekend of July 25th and 26th, coinciding with the date set for the founding of the new party.

A call for responsibility

The manifesto made public today does not hide from the differences existing with PDeCAT and calls for responsibility. "It's time for generosity and responsibility, time to let go of pointless tensions and attitudes that are too often self-centered and focused on one's own small space. We need to get out of our comfort zones again if we are to avoid losing everything we have been able to gain in the last 10 years. We are committed to putting aside tensions, noise and disorientation", say the promoters of the new party. 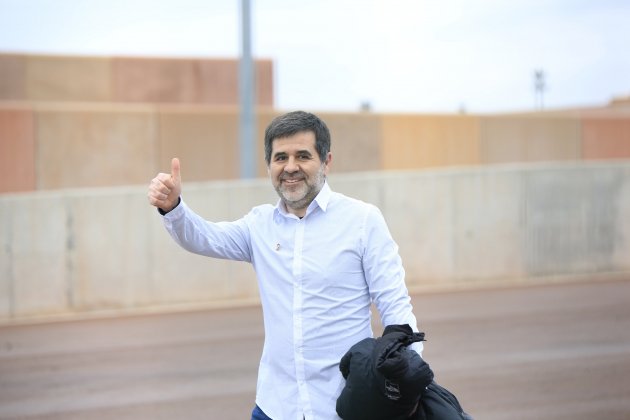 Political prisoner Jordi Sànchez, president of the Crida and former leader of the ANC civil society group, is second on the list of manifesto signatories / Sergi Alcàzar