Borrell, uncomfortable: obliged to defend the independence of Kosovo

Kosovo is an uncomfortable issue for Spain, but even more so for Josep Borrell, who as High Representative for Foreign Policy of the European Union is forced to defend a position that his own country, government and political party oppose: the independence of this country.

But the job is the job and now Borrell can't help standing out like a sore thumb when, as the EU's top diplomatic official, he recognizes a country that declared its independence unilaterally - an action so embarrassing for Spain that it insists on pretending that the Balkan country does not exist. In fact, Borrell himself has already announced that he will meet with Kosovo prime minister Albin Kurti this week.

He did so after holding a meeting on Monday with Serbian president Aleksandar Vucic, who called for dialogue to resolve the conflict between the two countries. However, it must be borne in mind that if this conflict exists and is recognized by the European institutions, it is precisely because of the unilateral declaration of independence made by Kosovo in 2008, which has been endorsed by the International Court of Justice, which denied that it would have violated Serbia's sovereignty. 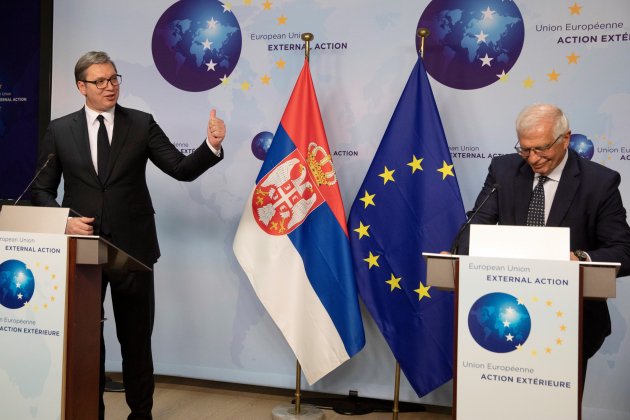 "I urge president Vucic to continue on this path to reach a full and legally binding agreement on the normalization of relations between Serbia and Kosovo. We need the process to continue and produce results," he urged at a news conference after the meeting with the Serbian leader. Borrell thus defended Kosovo's sovereignty, in line with the fact that most EU members want Serbia to end the conflict by recognizing the country's independence.

"We are committed to building a better environment for a possible compromise" with Kosovo, Vucic said, and called on Pristina to "find the same determination" to "find substantive solutions."

As has been said, Kosovo is perhaps one of Borrell's worst nightmares - with the possible exception of Russia - as it not only forces him to meet with leaders his home government does not recognize, but also to demand solutions which he himself has denied to similar conflicts - like that of Catalonia when he was Spanish foreign minister.

It must be remembered that Spain does not recognize Kosovo because of the precedent it sets with respect to Catalonia despite being the only European country not part of the region that behaves in this way. The other countries vetoing Kosovo are Greece, Romania, Cyprus and Slovakia.

The latest episode in this regard took place a few weeks ago on the occasion of the Spain-Kosovo qualifying match for the 2022 World Cup, when the Spanish government line was projected by both Spain's Football Federation and its state broadcaster RTVE, in petty gestures such as avoiding the use of the name "Kosovo" (instead referring to the team as "Kosovo Football Federation" or "Spain's opponent") and labelling the country's abbreviated name on screen in lower case letters. 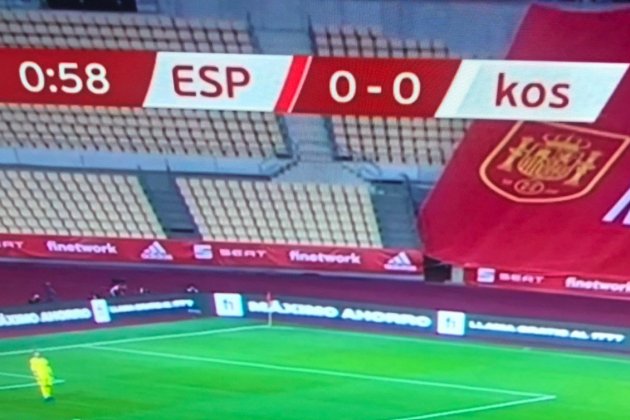 Spanish public television's broadcast of the Spain-Kosovo World Cup qualifying match in March 2021, showing the uppercase "ESP" for España and the lowercase "kos" for Kosovo / TVE