Attacks by right-wing extremists returning from unionist march in Barcelona 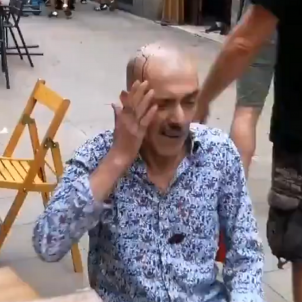 Five young people say they were attacked in Barcelona on Sunday morning by extreme rightists who had just left the Spanish nationalist demonstration being held in Barcelona. Some of those assaulted were members of a pro-Catalan independence group, the Nou Barris CDR (Committee for Defence of the Republic), which published several photographs of the bruises the five suffered in a series of tweets.

One of the right-wing attackers also responded to the presence of the youths with homophobic insults and spitting, the twitter messages add. The incidents took place in the Clot metro station.

Five neighbors of #NouBarris, some of the CDR, #9S of @CCivicaCatalana and other entities have suffered an aggression in|on the Underground of the Hole|Dimple on the part of Nazis who came back of the demonstration.

One of them, with component of LGBTI-phobia with homophobic insults and they have spat it|him|her.

Photo of the aggressions: pic.twitter.com/8D30mRMxFt

This sleep the aggressors, attracted|gotten by deo persons underground that in a solidary way they have given support to the attacked colleagues|partners.

Translation of above tweet: These are the aggressors, photos taken by people in the metro who offered support to those who had been assaulted. These are people who go to demonstrations like today's one in Avinguda Paral·lel with the group Convivencia Cívica Catalana and political party VOX.

A second assault took place in Carrer Blai, in the Poble Sec neighbourhood, where a local resident who was having a drink at a terrace bar suffered a head injury. In this case as well, the assailant was one of those passing by who had attended the unionist event, held nearby. 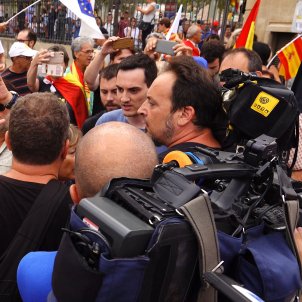 Extreme right Ciudadanos' problem with the far right: when extremists are on its party lists Nicolas Tomás 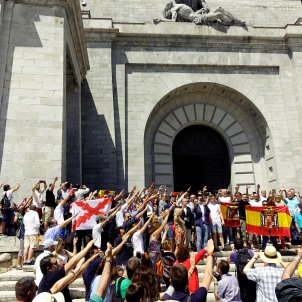