Communities in Northern Catalonia - the Catalan-speaking lands on the French side of the Pyrenean border - played a hugely important role in the preparation of the referendum of 1st October, 2017, by hiding the referendum ballot boxes from the Spanish police. For that reason, four years after that key day, the pro-independence Catalan National Assembly (ANC) paid homage to this part of the Catalan-speaking territories in an event held this Friday in the municipality of Illa.

To chants of 'independence', 'neither forget nor forgive' and 'neither France nor Spain, Catalan countries', those attending the event revindicated the 2017 self-determination referendum and paid tribute to some of the northern Catalan volunteers who hid the ballot boxes until the last moment. 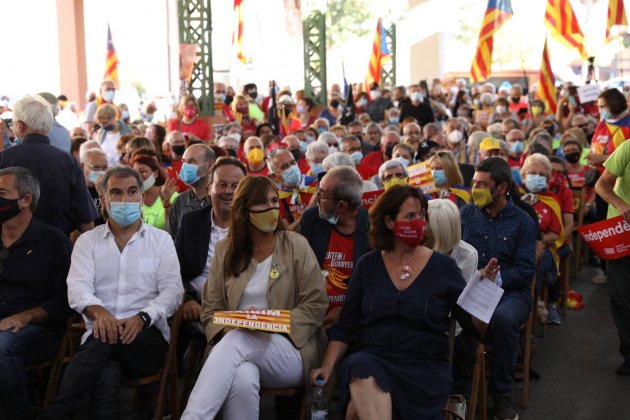 The event, which was attended in person by some of the released political prisoners, including former minister of the presidency Jordi Turull, the current secretary of the Junts party, Jordi Sànchez, and the president of Òmnium Cultural, Jordi Cuixart, also spoke via video to the president in exile, Carles Puigdemont, who was not able to travel to Illa because he has to be in Sassari on Monday to testify before the judge.

Puigdemont: "We won't give up"

"Thanks to Northern Catalonia, it was possible for us to win an historic victory against a state that dedicated all its resources to stopping that day from being celebrated," said Puigdemont. The president denounced the repression and violence that the Spanish state has exercised since October 1st and appealed for people to "continue to follow this path that is changing the destiny of Catalonia." "We won't give up on bequeathing to future generations the Republic of social justice, solidarity and fraternity that we voted for. The 1st October was an unmitigated victory. The state knows this and therefore tries to neutralize the effects with what they now call ‘turning a page’”, he concluded.

ANC president Elisenda Paluzie thanked the town of Illa for passing the first motion in support of the referendum on September 27th, 2017 and urged people to react to repression as a "stimulus to fight for independence." "We will win the right to independence through persistence," she added, calling for the pro-independence strategy to be sewn together through a "mixture of realism and imagination that we applied so well four years ago".

Against the dialogue table

Both Òmnium Cultural president Jordi Cuixart and the mayor of the northern Catalan municipality of Banys d'Arles, Marie Costa, gave speeches rejecting the conditions under which the dialogue table between Spanish and Catalan governments is being held.

The Òmnium president stated that the 1st October referendum is a "heritage of incalculable value that we must not allow to be taken from us." He also recalled that Northern Catalonia was the land that hosted the first pro-independence activists who face retaliation during the 1990s. Finally, he warned that "unity is essential if we want to move forward" and claimed that until the state makes an apology, "there is no negotiation possible".

Costa, for her part, denounced that northern Catalonia also lives under French "centralism". "The 1st October showed the world the image that Catalonia is a Spanish colony. We have won the referendum, let's not forget that. What does it mean to make a pact when the only object of our negotiation is excluded prior to the start? Neither a dialogue table, nor 'no' to the referendum. Neither forget nor forgive," she proclaimed to loud applause. 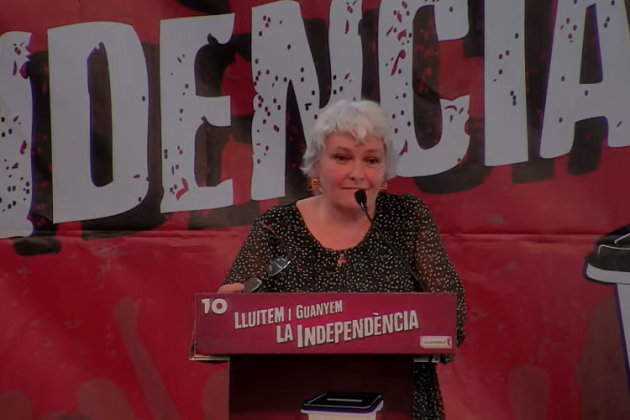 Finally, the president of the Association of Municipalities for Independence (AMI), Jordi Gaseni, described the 1st October referendum as "the most important act of sovereignty in the recent history of our country" and predicted that the state will make more mistakes like the one committed that day when it exercised violence against the population. "It's up to us to ensure that there are more sovereignty actions like the 1st October. You can count on the municipalities of the AMI," he said.

At the end of the event, a caravan of vehicles was to symbolically carry ballot boxes from the 1st October to the city of Figueres, crossing - again - the border between Spain and France. Once there, a concert was due to be held featuring Ginestà and Xavi Sarrià.