The case for Puigdemont does not look good, but... 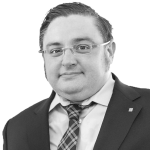 A few days ago, The Salzburger Nachrichten, Austria’s second largest newspaper, asked me to write about the latest developments in Catalonia. The recent turn of events are so out of order that I was only able to put down a title “Everyone to prison?”.

Puigdemont has been called “the president that was”, a name coined by Mònica Terribas on Catalunya Radio. Those close to the president that was spoke to El Confidencial about the “nervousness” upon entering the belly of the beast, that is, crossing the border from Denmark into Germany, in a marked car pursued by numerous CNI agents. This begs the question, who was it that so poorly advised Puigdemont? He could have voluntarily surrendered himself to the courts in Sweden or Denmark, for example, as he first did in Belgium, and avoided being detained as a fugitive. In his current situation, however, he is clearly at a disadvantage before the German judge who may feel obligated to keep him in custody because of his fugitive status. Or better yet, he could have gone to Belgium by faster, more direct routes. Someday we’ll get an explanation.

If this is indeed how the events transpired, then the Finns, Swedes, Danes, and Germans should also offer an explanation as to whether there are any existing agreements or exchange of information laws that allow the Spanish intelligence agency to act with impunity within their borders, and if this is not the case, then if their actions violate their respective national laws.

Enric Vila has written along these same lines in El Nacional about the fact that “unexpected events are some of the most interesting and dangerous phenomena in life”. The German government seems to have taken to the idea of the dangerousness of the events, as their spokesman, Steffen Seibert, quickly released a statement acknowledging that “it remains our conviction that Spain is a democratic state under the rule of law”, and the case “must be resolved within Spanish legal and constitutional framework”, anticipating a possible extradition of Puigdemont. The German newspaper Neue Osnabrücker Zeitung also weighed in on the matter with statements by Elmar Brok, an influential European Parliament member of the CDU and former chairman of the European Parliament Committee on Foreign Affairs, who argued that “Puigdemont has unequivocally gone against Spanish law and has violated the Constitution”.

Germany is aware of the incendiary potential of the Catalan issue, and it is clear that their political class wants to find a discreet and express solution so they can go on and say that they did not make a judicial decision based on European law without taking into account the complexities of the matter, and quickly divert media attention to other issues. That is what Martin Heger, a leading professor in criminal law, contended when he stated that the law in his country “is not obligated to consider whether or not the reasons for which the accused was detained are also crimes in Germany”, and that “that will be decided by the Spanish courts”. He also added that “it is not up to the German courts to decide whether or not the Spanish process will be just”. In the worst case scenario, Puigdemont could always “later go before the European courts of justice”.

It should be kept in mind that the German federal government in the post-Martin Schulz era is being led by a grand coalition in which Chancellor Merkel has seen her influence decline after exhausting negotiations with the SPD and several draining years in the political limelight. This has led to the naming of a potential successor, Annegret Kramp-Karrenbauer, the new Secretary General of the CDU, who shares common origins with the new Minister of Foreign Affairs, social democrat Heiko Maas. That is, they both come from the francophone region of Sarre which, like Catalonia, also participated in a referendum to decide its future. It took place on 23 October 1955 and resulted in the integration of the region, which had been under strong French influence since 1947, into the newly established federal republic of Germany.

It should not be forgotten that in the event that president Puigdemont demand political asylum in Germany, his case will be passed on to the Ministry of Foreign Affairs. The Ministry of Justice is also in the hands of the social democrats and the Ministry of the Interior is currently led by Bavarian ex-president, Horst Seehofer, of the conservative CSU. All of this points to the fact that any decision made in the political arena will affect the grand coalition globally.

Meanwhile, the stubborn reality continues and the public debate has already begun. The international news channel on German public television, Deutsche Welle, were quick to broadcast on their Spanish channel the first statements from specialized NGOs against extraditing Puigdemont. Jakob Augstein, the publisher of the weekly news magazine Der Spiegel, also wrote a convincing editorial titled “We want political asylum for Puigdemont!”, in which he stated that “the arrest of Puigdemont is a disgrace. For Spain. For Europe. For Germany.” The case of Augstein is intriguing. At the end of 2017, after he published that “Catalonia has been one of the worst discoveries of the year”, we had a friendly exchange of opinions on Twitter mostly about his own political aspirations. But Augstein has come around and now says that “Europe and Germany cannot keep quiet about what is happening in Catalonia”, now that Spain “is abusing is its own justice system”. The German editor and journalist ended up recalling to mind the arrest of president Companys by the Gestapo in 1940.

Journalist Thomas Urban, of the Süddeutsche Zeitung in Munich, the second most circulated newspaper in Germany, has been covering the situation in Catalonia in an important series of articles. The most recent article declared that “Germany now has its first political prisoner”, and argued that the arrest of Puigdemont in Schleswig-Holstein “was not a smart move”, as “he is not a terrorist but a legitimate politician elected through free elections”.

But it has not all been a bed of roses. The Bild Zeitung, the widely read German tabloid, nicknamed Puigdemont the “Revoluzzer” as if he were Che Guevara, and highlighted that “the federal government is behind the actions of the Spanish government”, in an article full of photos of overturned trash bins and fires in the streets during the protests in Barcelona.

At the moment, Germany is focused on the Easter holidays and the chocolate eggs found in every commercial place imaginable. No decision in regards to Puigdemont is expected to be revealed until next week.

The case for Puigdemont certainly does not look good, but the rest is still to come and anything could happen.

Postscript: The frontpage of the digital edition of the Frankfurter Allgemeine Zeitung was headlined with statements from Erdogan from Bulgària: “Turkey is a country with rule of law”. There are things that need to be clarified only when they are not obvious. That’s what was attempted this winter with Spain, in Davos.