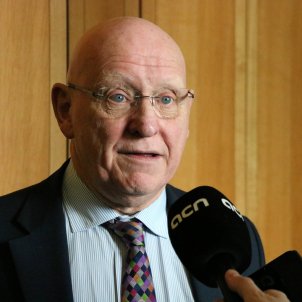 Welsh MP Hywel Williams (Plaid Cymru) says there is "concern" in Westminster over the trial of pro-independence Catalan leaders to start shortly in Madrid. Williams, chair of the All-Party Parlamentary Group (APPG) on Catalonia, was speaking to ACN (Catalan News Agency) after meeting with Catalan foreign minister Alfred Bosch. "Here we've got a Western European democracy, we've got the impression they're being tried for their political ideas", he said on the subject of the political prisoners.

Williams added that they are "surprised" that Pedro Sánchez's government has spoken "more clearly in favour of democracy and human rights". The MP believes that the events under consideration are "political", not "legal", and as such he rejects the charges.

According to Williams, who was in Catalonia in 2017 for the referendum, the "disorder" was caused by the police "trying to prevent a democratic process".

"It's clearly to do with politics", he said, saying that as democrats the solution should be a political debate and dialogue between the governments. "People shouldn't be charged over their ideas," he said.

The Catalan foreign minister, Bosch, met in London this Thursday with Williams and the deputy chair of the APPG on Catalonia, Andrew Rosindell (Conservatives). The group has members from all the main UK parties and both houses of Parliament. 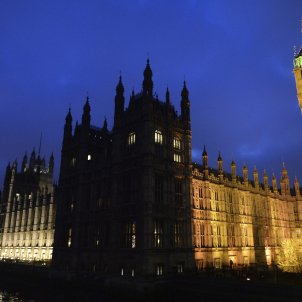