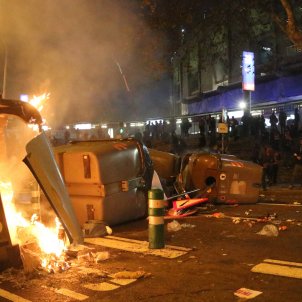 Beyond a short pause to remove balls from the pitch, the planned protests during today's hotly anticipated match between Barça and Real Madrid had little impact on the game itself. Outside the stadium, however, the story was different.

As night fell, tensions started to grow between some protesters and the police. The situation wasn't helped by the presence of hooligan groups, like the Boixos Nois; Catalan police force Mossos d'Esquadra riot officers took action to keep them separated. At least one person was arrested for throwing a glass bottle at police.

The situation, however, didn't calm down for good, with police charging around a hundred hooded people who had thrown fire and bottles at them. Some protesters starting setting up barricades in the streets and setting them on fire. A number of rubbish containers were set alight and firefighters were called to extinguish them.

As the final minutes of the match ticked down, an announcement was made over the loudspeaker for spectators to avoid certain exits when leaving the stadium. Outside, a total of nine people had been arrested for public disorder and throwing objects at the police.

At least 21 people received medical attention, all of them only lightly injured. According to officials, six of them were transferred to nearby health centres. 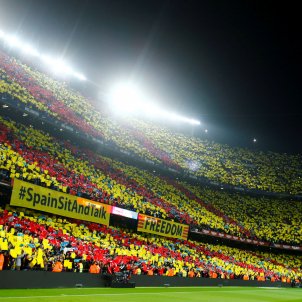 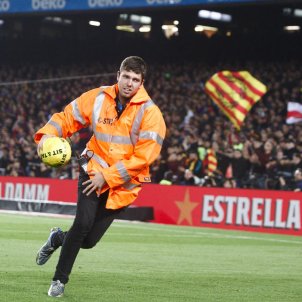