It's an official secret. That's the response to written questions from senator Jon Iñarritu, of Basque party EH Bildu, about the surveillance of Catalan president Carles Puigdemont in Belgium, specifically the use of tracking devices in his car. Pedro Sánchez's Spanish government thus avoids giving any details either way in the case, calling on the Franco-era official secrets act.

In their written reply below, they say that "all activities of specialised police investigation which require the use of advanced technological means" are protected under the 1968 official secrets act and a 2014 cabinet agreement relating to that act. They write that the police are "obliged [to observe] the consequent reserve with respect to using the same". 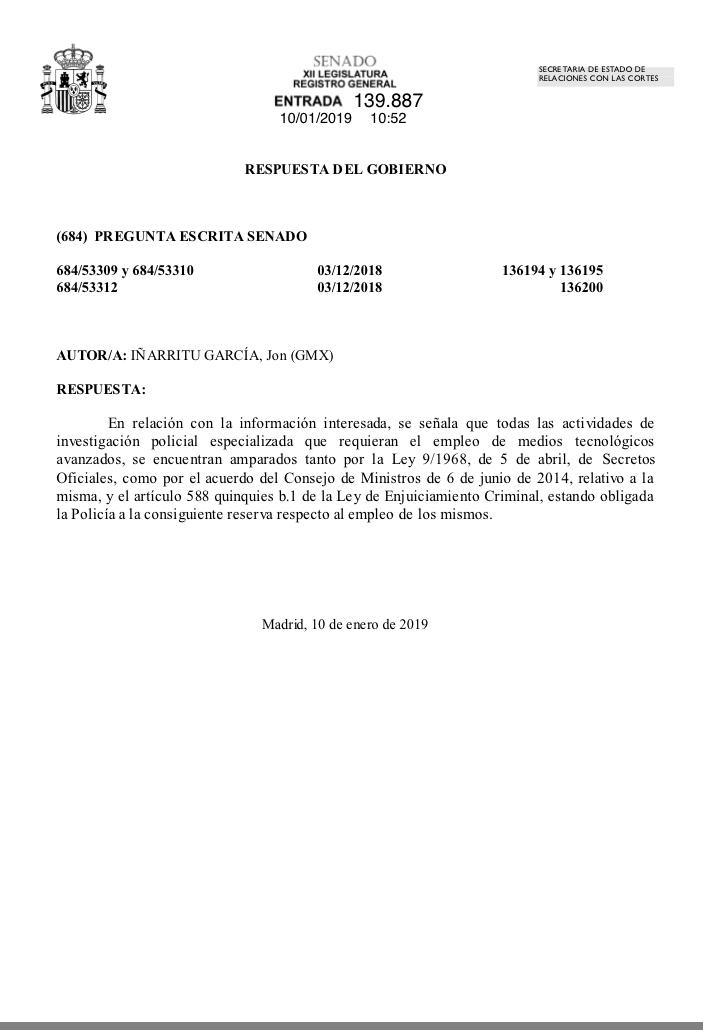 In October, Sánchez's government implicitly admitted Puigdemont had been under surveillance. The junior minister for security, Ana Botella, told the Senate that PSOE couldn't "accept responsibility for the government which carried out the tracking", presumably referring to their PP predecessors under Mariano Rajoy.

In two submitted questions, Iñarritu asked who placed the tracking devices, under investigation by Belgian authorities, specifically whether they were Spanish officials. He also asked whether the Spanish government had opened an investigation into the incident and, if so, what the result was.