President Quim Torra has refused to sign the accord reached by the Spanish government of Pedro Sánchez with the state's other 16 autonomous community presidents. The reason? The head of the Catalan executive considers that there is a failure to make commitments in the package of coronavirus social assistance measures, presented under the so-called Me cuida - "It takes care of me" - plan. The most contested point was the issue of paid leave for parents with children under Covid-19 quarantine, which the Catalan government demands for all parents who have a child required to be kept in home isolation, asserting that this measure can and should be handled as an ordinary sick leave permission.

"Today at the meeting with PM Sánchez I backed the need to urgently regulate sick leave for parents whose children have to be quarantined for PCR tests whether they have positive or negative results. The Spanish government did not accept this and Catalonia has not signed the final declaration."— Quim Torra i Pla

Sick leave and the self-employed

In recent days, the Spanish government's discourse on this issue has been contradictory: the senior coalition partners, the Socialists, have refused to commit itself to help and says it will study whether it is required, while the junior Podemos partner, with deputy PM Pablo Iglesias leading the charge, has announced that aid would be given and the relevant decree law would be changed “immediately”. However, the text agreed today does not clarify the point and says: "At the request of the autonomous communities, it is agreed to modify the temporary leave of parents who have to care for children who are Covid-19 positive or have contacted with a positive and have returned a positive result, who have to observe quarantine". In addition, it explains that this affects those under 16 and students in special education who require attention.

The other point of discrepancy is the aid provided for the self-employed. Again, the wording does not go beyond good intentions: "It is agreed that assistance or subsidy will be created to cover self-employed workers who also have to care for their children and students in schools, who have to observe a quarantine due to positive result or contact".

And finally, an old request that has often been demanded: the transfer of the powers concerned to the autonomous communities. Although Pedro Sánchez's ministers have reiterated that the communities already hold the competencies in these areas, the text admits the reality and only says that the matter will be studied: "The government of the State, at the request of the communities, undertakes to create and transfer unconditionally, all the financial resources necessary they require and the legal changes necessary to meet all the commitments and needs expressed in this document". 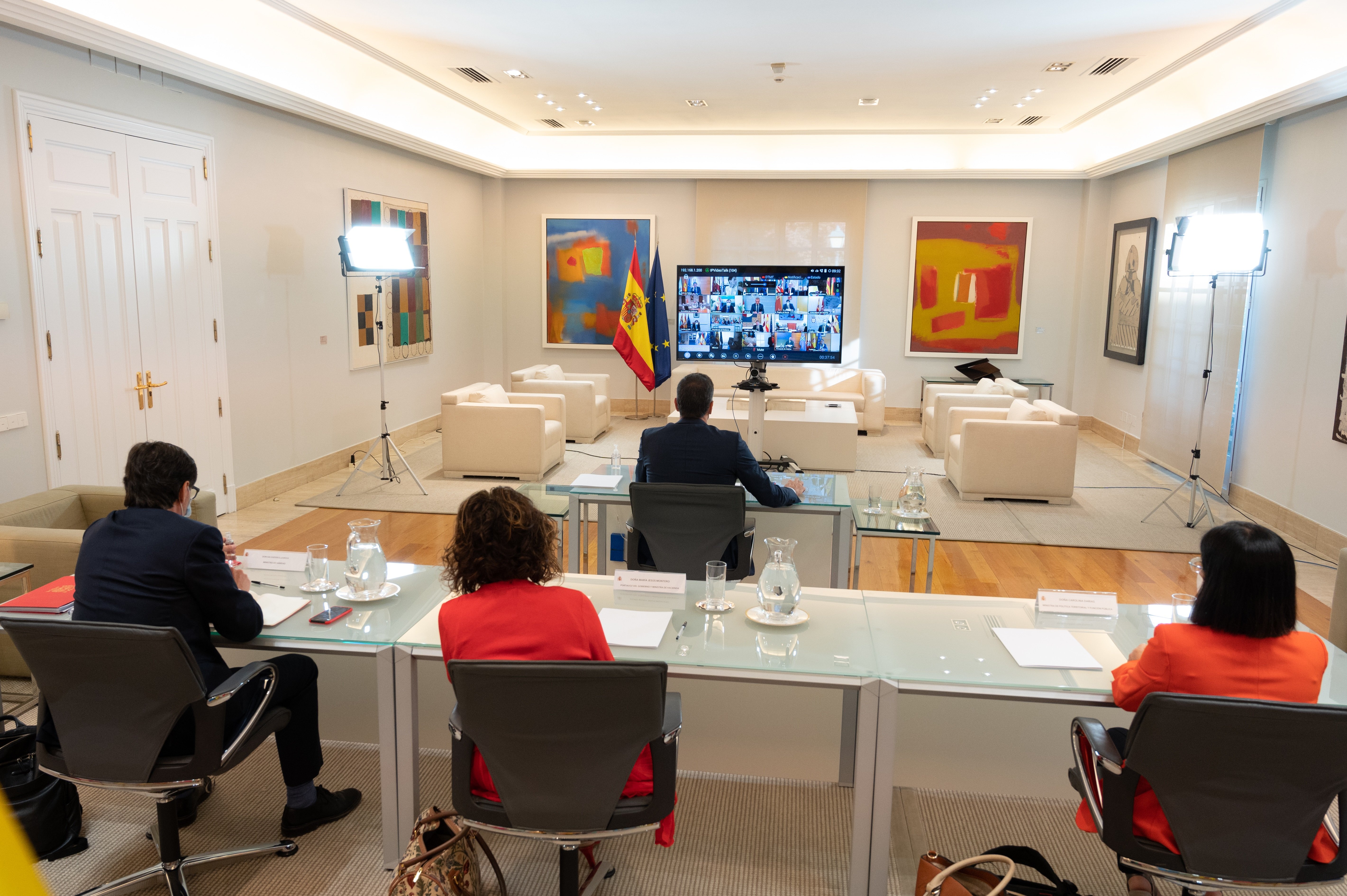 As the press conference of the autonomous community presidents' meeting was being held, Quim Torra offered a summary of the conference via twitter: "In the end the Spanish government did not accept the proposed amendments and, therefore, the Catalan government will not sign the document on education from this morning's meeting. "

Coronavirus Madrid regional leader: "During the school year almost all children will get Covid-19" El Nacional