Anti-terrorism patrols in Barcelona to continue till after January 6th 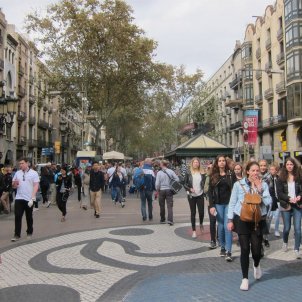 Barcelona mayor ​​Ada Colau says that the strengthened anti-terrorism policing measures that the Mossos d'Esquadra police have deployed in the Catalan capital will remain in force until after the end of the holiday period on January 6th. As Colau explained, the Catalan police force received a "warning" of a possible attack in the centre of the city coinciding with the Christmas holidays, which was assessed as having a "medium" level of credibility.

According to the alert received by the Mossos, a man with the initials L.B., a bus driver from the Moroccan city of Casablanca, had the intention to attack on December 25th in Barcelona, using a vehicle. The man had a range of driving licences, according to the information received, and therefore had several options for the vehicle he would use to attack the city.

Following the alert, "established protocols" and "appropriate police reinforcements" were set in place, Colau explained. The Mossos have been checking vehicles and are patrolling with long-barrelled weapons at the top of the Rambla. In addition, the city's Guàrdia Urbana police were put at the disposition of the Mossos and have been making extra checks on vehicle documentation. Colau was convinced that the result of the police actions being taken will allow New Year's Eve to be celebrated "normally" throughout the city.

Last Sunday, the United States issued a travel advisory instructing its citizens to "exercise heightened precautions" in areas with movement of vehicles and buses, especially in the Rambla, ​​due to the risk of an attack. Since then, the Mossos have increased their presence and vigilance in the city, although the terrorist alert has not moved from its current level 4 (on a 1-5 scale, with 5 the highest risk). 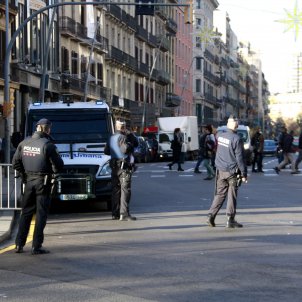 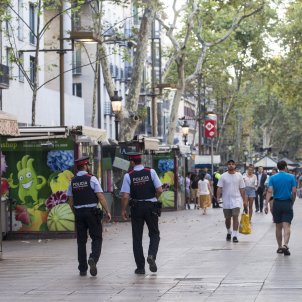