The final forbidden survey at 11pm, the last before polls open

With just over 10 hours until polling stations open, Scottish newspaper The National has this Wednesday published the sixth and final results of its forbidden poll for the Catalan Parliament election on 21st December.

The National published the fifth results of its tracking poll carried out by Feedback shortly after 9am today, the "day of reflection" in Catalonia. Their first results were published on Saturday, the second on Sunday, the third this Monday and the fourth yesterday, Tuesday.

The National has offered voters a daily tracking poll carried out by Feedback on election expectations, such surveys being banned in the Spanish state since midnight on Saturday.

This paradoxical situation is the exclusive responsibility of the political parties with parliamentary representation in 2011, when the electoral law was reformed but they declined to adapt it for the new digital era, maintaining the veto on publishing and disseminating polls during five days before the election. However, both political parties (financed with public money) as well as private companies commission such tracking surveys in order to see the trends during the last week of the campaign, which can be decisive in influencing the balance at the ballot boxes.

With the daily tracking survey published by The National, this situation has been corrected and the public can now access the information which the elites already work with.

The National's offering is identical to the daily survey, with two sets of results on the "day of reflection" before the vote, which El Periòdic d'Andorra has published since the 2008 Spanish general election. This survey was also published for the 2010 Catalan election, the 2015 Barcelona city council election, the 2015 and 2016 Spanish general elections, and now the 2017 Catalan election to be held on Thursday. 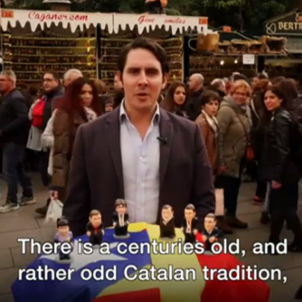