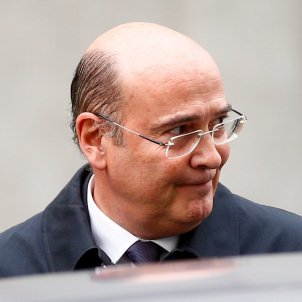 The coordinator of the police operation against last year's Catalan referendum, colonel Diego Pérez de los Cobos, has admitted that the Spanish National Police and Civil Guard used force "in the immense majority" of the polling stations where they acted. The admission comes in an audio recording Catalan public broadcaster TV3 has had access to of De los Cobos' testimony to Spain's National Audience court in February this year.

The Civil Guard officer played down his own responsibility and accused the then head of the Mossos d'Esquadra, the Catalan police, major Josep Lluís Trapero of devising operational guidelines which, according to him, were "the perfect complement to not comply" with the legal order to prevent the vote.

The colonel was summonsed as a witness in the case against the Catalan officials responsible for the police response on the day of the referendum. Under investigation for sedition were Trapero, senior officials of the Catalan interior ministry Cèsar Puig and Pere Soler, the latter director general of the police of Catalonia and superintendent Teresa Laplana. The first three were also being investigated for charges of belonging to a criminal organisation.

De los Cobos plays down his responsibility, saying that he couldn't give orders to the Mossos d'Esquadra because he respected their jurisdiction. He also said it was stipulated that the Spanish forces would take action when the Mossos required support. On the day itself, however, both the National Police and the Civil Guard took actions at different polling stations before receiving any such request to do so.

The two hours of testimony show that there was no coordination between the police, but that there was mistrust. This, despite the offices of the subdelegations of the Spanish government to the four provinces of Catalonia having "coordination" centres set up, with represenatives of the three forces. De los Cobos accuses the Mossos of warning voters of the imminent arrival of officers from the Spanish police forces.

As for major Trapero, the colonel accuses him of not having modified his planned deployments, despite having told him before the day in question that it was insufficient. Trapero's lawyer asked him why he left the Mossos in charge of the operation if he "distrusted" its leader. The colonel again played down his duties as coordinator. 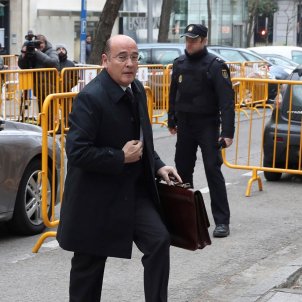