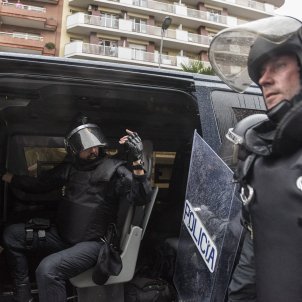 A Barcelona court has summonsed five more agents of the Spanish police, under investigation for actions during last year's referendum at Àgora, Escola Pia Sant Antoni and Infant Jesús schools.

The judge describes "a priori disproportionate" actions in the three cases based on recordings which show these actions and allow for the officers in question to be identified.

There are now 9 Spanish National Police officers under investigation for the attacks during the referendum.

"For reasons unknown, the officers start to use their protection, both those on the pavement and those on the ramp, who are obviously on a higher level, indiscriminately hitting the people there". That's how the judge narrates events in their ruling, which El Nacional has seen. In it, the judge summonses three officers who were at the school.

The judge says the baton strikes "came down from above, forcefully hitting the top halves of the bodies of the citizens gathered there" and concludes that the use of force in this case "seems a priori disproportionate both when it comes to the existing situation and the aim of the intervention, because there exists no reason why the officers' protection should have been used in that way".

On the recordings used as evidence, the judge remarks that "no attack towards the officers is observed in the videos provided, nor what happened inside the school".

From the attacks at the Escoles Pies in the neighbourhood of Sant Antoni, one officer has been summonsed under investigation. They're the head of the unit which acted at the school. They will have to identify other officers who apparently took part in the attacks at that school and who appear in different photos and video obtained by the court.

On events at the school, the judge says that "without any prior notice or any warning being heard, the officers start to grab these people and throw them to the ground or push them outside, without consideration and certainly using violence disproportionate to the situation there was there".

The judge also cites an officer involved in the attacks at Infant Jesús school, where a number of people were injured. There "the officers started an action dragging the people who were sat on the ground, sometimes with punches and kicks. Some are pushed violently and others dragged by their ears," says the ruling. The judge highlights that, before the police action started, "no violent activity is observed on the part of the people gathered there, limiting themselves to obstructing access to the school with their bodies".

The judge concludes that, despite the state having a monopoly on the use of force, this is legitimate "as long as their exists justification" and is "proportional". "In other words, this clearly unjustified and disproportional police action could constitute a criminal offence," they write.

At Escola Infant Jesús there were, according to a police report, 300 people "with an attitude of resistance". "As it was a private entity, the order was given to not proceed to any action at that place, abandoning it", says the report, which also notes that the Mossos d'Esquadra (Catalan police) in the area were "completely passive, dedicating themselves only to observing what was happening".

The judge concludes, however, that "the police's actions were not as aseptic as indicated in the report", since the videos show that the Spanish police officers "pushed, swung and hit the people that were at this school" and warns that the events described could comprise more serious charges than abuse of office as police. 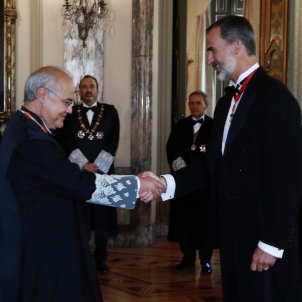 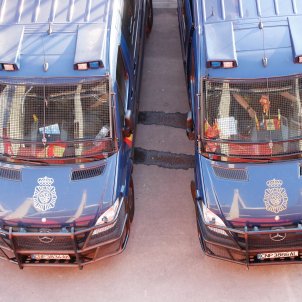