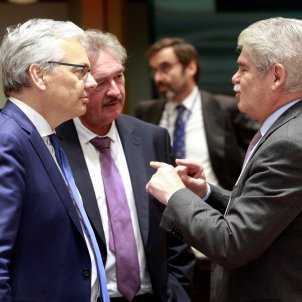 Alfonso Dastis, Spanish Foreign Affairs and Cooperation minister, has said this lunchtime that the meeting between Julian Assange and Oriol Soler, a member of the so-called "high command of the independence process" on 9th November was to "try to meddle in, manipulate and effect what has to be natural democratic development in Catalonia".

Dastis made the comment as he entered a meeting with his European counterparts this Monday in Brussels. "There are lots of clues that suggest that this gentleman and others have these intentions," he said.

Later, in a press conference, he seemed to take it as confirmed that the meeting between Soler and the founder of Wikileaks was about trying to help the Catalan independence movement. "You tell me whether, as an old professor of mine said, it isn't a decision which disgusts reason that they covered that topic knowing who Assange is and Soler's ideological connection," he said.

Dastis said today that he fears that the election in Catalonia on 21st December will see a repeat of the online interference from Russian territory detected in elections in other countries.

"It's early for that, but it wouldn't surprise me", said Dastis in the press conference during today's Foreign Affairs Council of the EU, asked whether he expected a greater increase in disinformation activity coming from Russia in light of the Catalan election. "It would follow a pattern which has occurred in other elections", said Dastis.

In the case of online disinformation related to Catalonia, the minister said that "we don't formally know that the Russian government is behind that, but we know that this traffic is coming from networks which have their propagation points in Russia". "We've shared this information with Russian authorities," he said.

The debate ended without any decision, nor a commitment to provide resources to stop the interference, although some countries advocated for "developing efforts" which would allow for an increase in the contribution of each in both financial and human terms. Spain expressed this willingness to, but without entering into details, waiting to "analyse the context" of the possibilities, Dastis said. 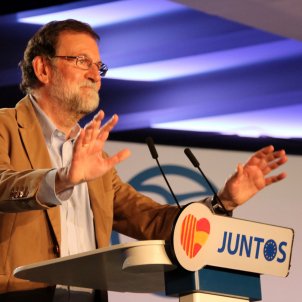