Far-right Spanish party Vox has today published its secret "national investiture and municipal government pact", signed by PP. The pact states that Vox will support the "investiture of mayors [...] in all those municipalities where the alliance of PP, Cs and Vox can prevent a left-wing government". In return, "within 20 days [...] the people indicated by Vox on each city council will be nominated to councillorships and leadership responsibilities on municipal bodies", proportional "in number and budget" to the election results. 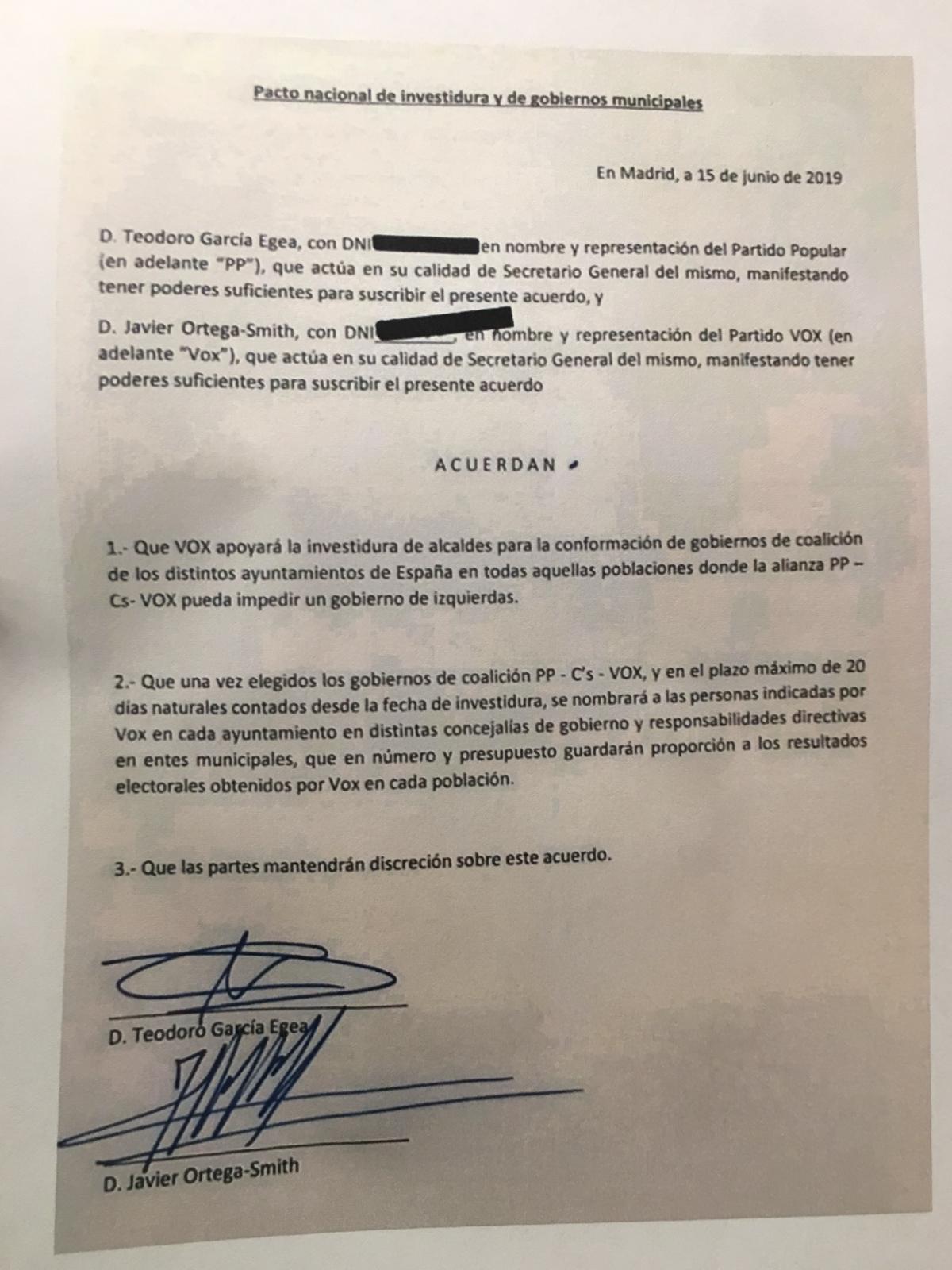 The agreement was dated 15th June, the same date as the inaugural sessions of the new legislatures of every town and city council in Spain. That those sessions were held on 15th June means we are halfway through the period defined in the agreement for Vox to have its members nominated to official roles. It was signed by the parties' secretaries general, Teodoro García Egea from PP and Javier Ortega-Smith from Vox.

The third point of the agreement, now clearly broken, states that the parties "will maintain discretion about this agreement". Vox has accused PP of breaking the agreement, especially in Madrid, where new mayor José Luis Martínez-Almeida is reluctant to offer a quota of power to the far right. García Egea, since the document was published, has stated on behalf of PP that they will comply with the terms, and that Vox should give them the 20 days stated.