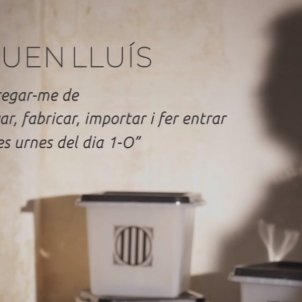 Spanish far-right party Vox has tried to open a new front in its attacks against the Catalan independence movement and last year's referendum.

On 22nd September, Catalan public station TV3 interviewed the businessperson who took charge of designing, buying, hiding and transporting the ballot boxes for last year's referendum. After that interview, broadcast on the program Preguntes Freqüents (FAQs), Vox called for an investigation.

TV3 was careful to protect the businessperson's identity, as agreed for them to be granted the interview. In exchange, over half an hour of prime time (which would be late night in the UK or US), they gave all the details as to how Operation Ballot Box was carried out.

On 4th October, Vox asked Barcelona's court of instruction number 13, which is conducting the general investigation into the referendum, to subpoena TV3 for the interview and to identify the businessperson. The judge, Juan Antonio Ramírez Sunyer, however, has denied this application. El Nacional has seen this decision from 8th October, delivered to the parties in the case today. 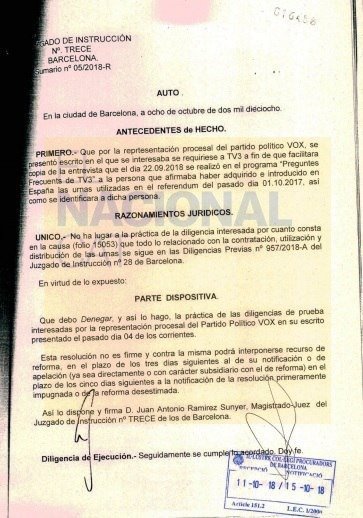 Vox has between three and five days to appeal to the court, depending on the type of appeal they plan to submit. They could alternatively try again in Barcelona's court of instruction number 28, which is investigating everything related to purchasing, use and distribution of the ballot boxes. 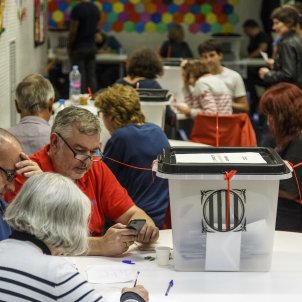