Barcelona court of instruction number 7 has summonsed to testify under investigation eight chief inspectors from Spain's National Police involved in the operation in the city against the Catalan referendum on 1st October 2017. The eight have to appear between 9th and 11th October this year. They headed the operations at a total of 27 polling stations that day, including all of those which saw violence.

Four of the eight have previously appeared in court under investigation, all relating to specific events at polling stations. Irídia, a Catalan association which works in defence of human rights, say the decision is a "very important step, the product of our collective work". The organisation has brought a private prosecution against Spanish police officers over the "disproportionate violence" against the referendum.

In a ruling in February, the Provincial Audience of Barcelona said it was necessary to find out if the orders to use force were given "generically or from the school itself or its surroundings in light of the agglomeration of people". They said that the "specific investigation of those responsible for the operation and the instructions to the officers will allow the instructing judge to consider whether the use of force or the orders given fitted with the situation there or not". 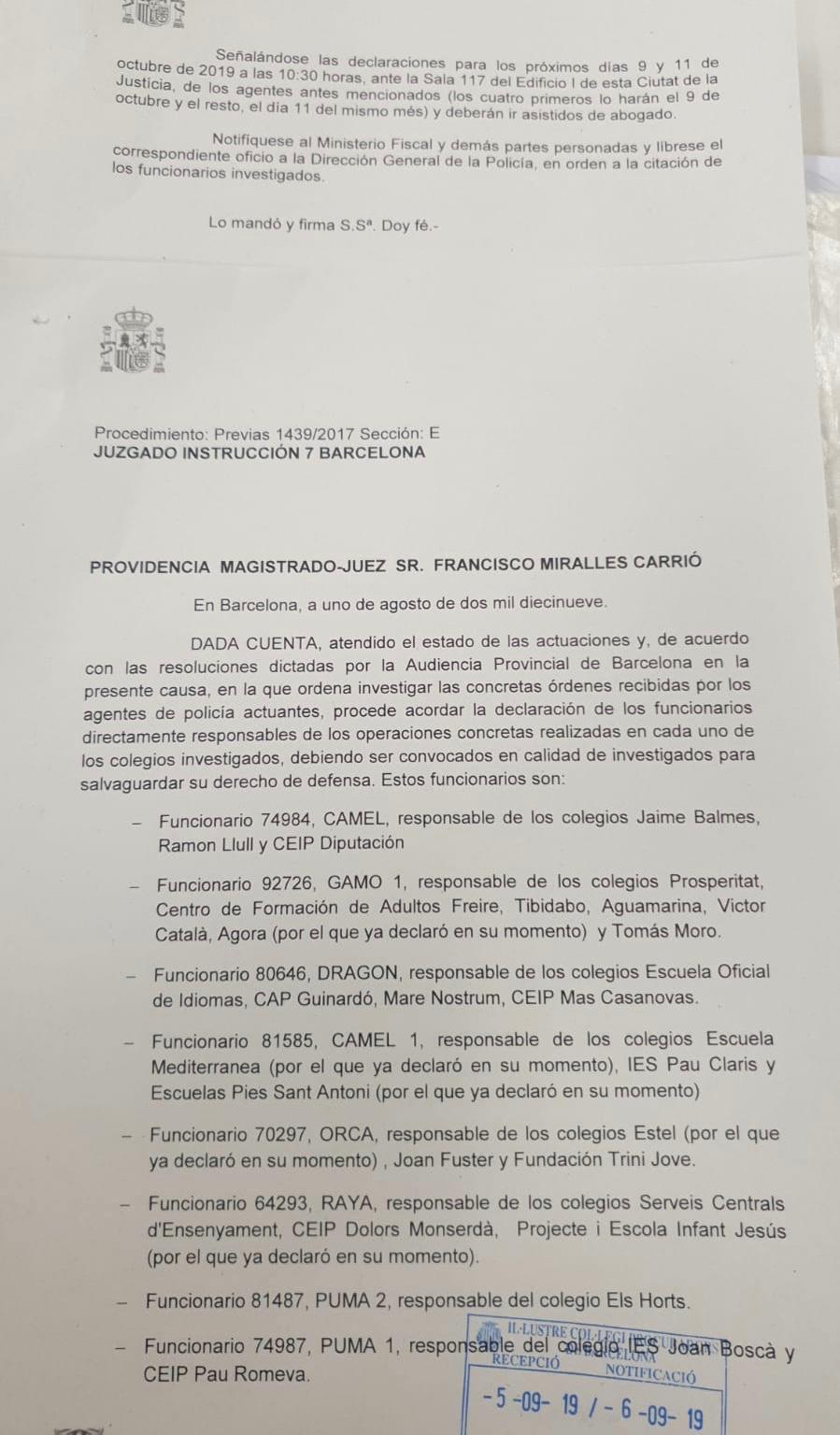