German newspaper Frankfurter Allgemeine Zeitung (in German), goes over the Spanish attacks the German legal system is receiving in an article entitled "Spain's Supreme Court judges criticise German justice". "In Spain, the criticisms over Puigdemont's release have not let up in almost two weeks. The Supreme Court finds unusually direct words - and an online newspaper reaches for a drastic comparison." The drastic comparison in question was El Español evoking the Nazis.

The newspaper notes the strong criticism from three Supreme Court judges of the Schleswig-Holstein higher regional court in response to an appeal presented by Jordi Sànchez, but remarks attacks are coming from many other directions too.

"The criticisms of Germany have not let up in Spain for almost two weeks. On the Facebook page of the Germany embassy in Madrid, Spaniards express their "great disgust" over the decision of the German judge and demand them to revise it. Some threaten to not travel to Germany any more. The German justice minister, Katarina Barley, was accused in an open letter of having seriously harmed Germany and Spain by offering protection to a politician in Puigdemont who uses the methods of Stalin, Goebbels and the Mafia."

The newspaper also shows surprise that the newspaper El Español attributes Puigdemont's release on bail to "Schleswig-Holstein's repressed Nazi past", after the Spanish online paper said it became, after the Second World War, a "land of second chances" for "hidden war criminals". 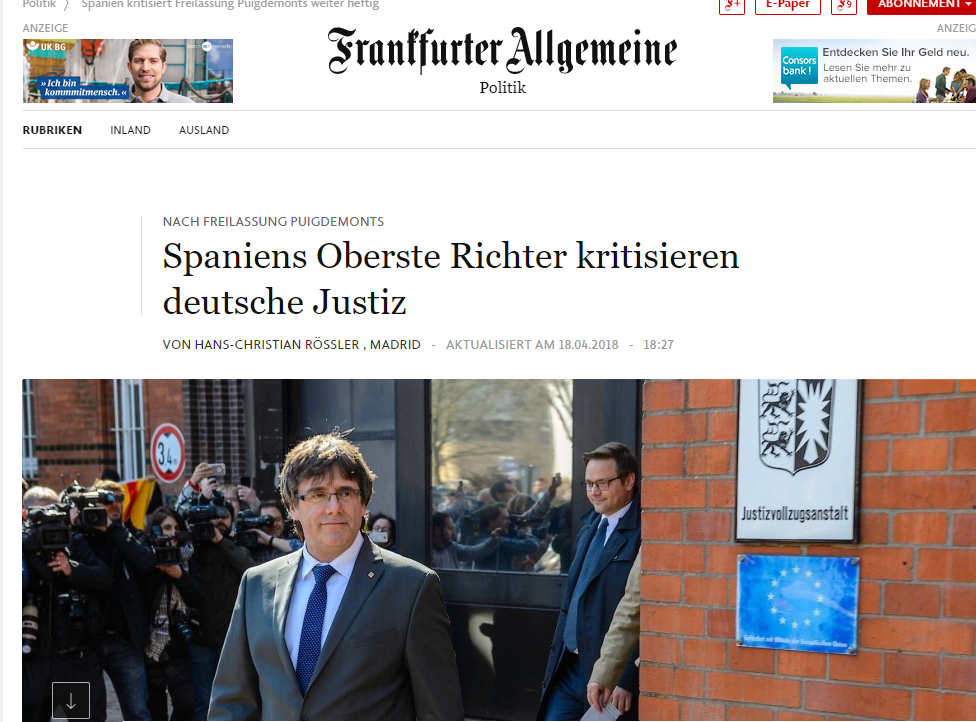