Spanish agents spied on Bundestag MPs, according to German newspaper

German Bundestag's deputies of the CDU, Die Linke and The Greens have been spied on by the Spanish secret services, according to the German newspaper Telepolis. The media states that in addition to the deputies of Die Linke "at least the vice president of the Green group, Katja Dörner, and the head of CDU's foreign relations office, Bertil Wenger, have also been under Spanish scrutiny."

Related to this, Telepolis reports the demand presented by the Catalan Government delegate in Germany, Marie Kapretz, to the German justice, accusing the Spanish foreign ministry, led by Josep Borrell, of espionage practices. 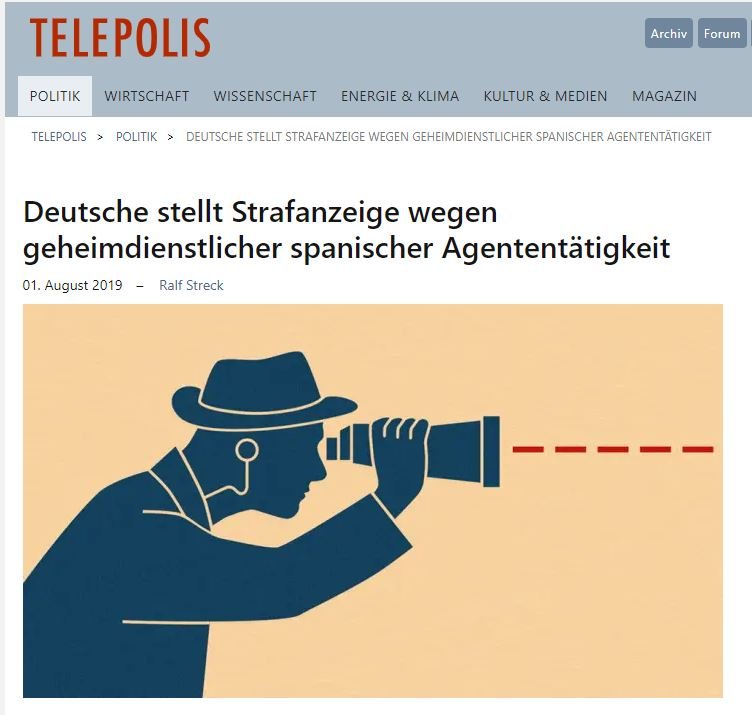 "German complaint against agents of the Spanish secret services", the title on Telepolis.

In addition, the newspaper states that the Spanish embassy contacted several parties, including the ultras of AfD, to try to stop the motion in favor of Catalonia that Die Linke had presented and that, in the end, did not prosper. "The full picture suggests how the Spanish embassy in Berlin worked alongside the "right-wing extremists" of the AfD, and also with SPD's former leader, Martin Schulz, and the leader of the social-democratic parliamentary group Rolf Mützenich, to avoid Die Linke's initiative" it highlights.

Telepolis recalls that similar situations have been detected in the United Kingdom and Switzerland.

Espionage Spanish government on Borrell's espionage: "We did nothing objectionable" Nicolas Tomás