Spain promises to support Switzerland in UN, doesn't get commitment over Rovira 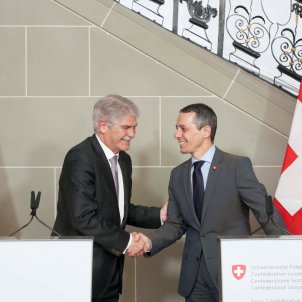 Spanish foreign affairs minister, Alfonso Dastis, has today in Berne promised his Swiss counterpart, Ignazio Cassis, Spain's support for Switzerland's candidacy to be a member of the UN security council for the 2023-2024 term, according to Swiss newspaper Blick. This was reportedly the only specific result of their meeting, held in the middle of a Spanish diplomatic offensive to get the extradition of the exiled Catalan politicians in the country. The meeting lasted only 20 minutes.

Exiled in Switzerland are ERC's secretary general, Marta Rovira, and former CUP deputy Anna Gabriel. Initially there had been speculation that Spain might try to exchange Rovira for former bank employee Hervé Falciani, sought by Switzerland and recently arrest by Spanish police.

Regardless, neither of these two gestures seems to have affected the Swiss, who are maintaining their criteria of not extraditing in political cases. Minister Cassis, in a press conference, discounted "interfering" in internal Spanish politics, saying that "with the Jura question, Madrid didn't stick its nose in Swiss affairs either", referring to the issue of the canton of Jura splitting from Berne in the 1970s.

Cassis was diplomatic in tone and said that Switzerland shouldn't be giving Spain, which he considers to be a democratic state under the rule of law, any lessons. According to Swiss media, no further concrete agreements were reached and there was no political negotiation over the exiles. That question will be decided by Swiss judges, which suggests to a possible rejection of the extradition request. Local media also notes that Cassis, before joining the government, was a member of the Switzerland-Catalonia Friendship Group. 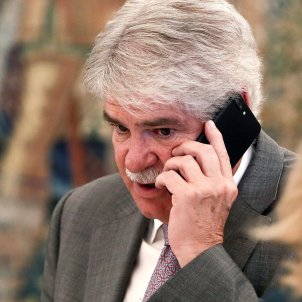 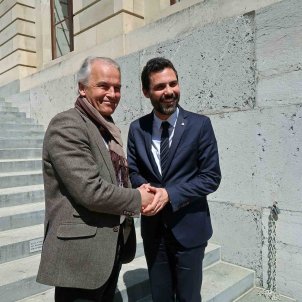