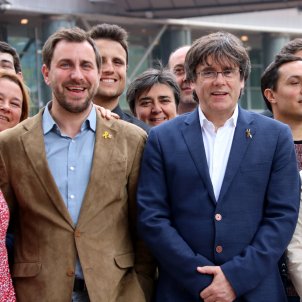 To be able to take their seats as MEPs, Carles Puigdemont and Toni Comín gave their promise to uphold the Spanish Constitution before a Belgian notary. Today, Spain's Central Electoral Commission has unanimously decided that was not valid, rejecting the petition from lawyer Gonzalo Boye for them to accept it. Boye had registered the petition with the Commission directly on Monday, after the Congress refused to let him do so, or let another lawyer take the oath as a proxy for Puigdemont and Comín. The Commission has declared their seats vacant until they go to Madrid in person to give their promises, likewise the seat won by imprisoned Catalan politician Oriol Junqueras.

This Thursday, the Commission confirmed the list of accredited MEPs-elect it will communicate to the European Parliament for them to take their seats in the opening of the new legislature on 2nd July. They explicitly specify that three of those elected, Carles Puigdemont, Toni Comín and Oriol Junqueras, have not got their credentials. In the case of the first two, the judges on the Commission describe them as being "voluntarily" out of Spain.

In the agreement, based on article 224.2 of Spain's election law, the Commission "declares vacant the seats corresponding to the candidates Oriol Junqueras, Carles Puigdemont and Antoni Comín for not having [taken their oaths] to the [Spanish] Constitution and [declares] suspended all the prerogatives that could correspond to them for reason of their office, until such an oath occurs".

In terms of the arguments they make, the Commission interprets the relevant law to require the oath to be taken by MEPs-elect in person in their presence. They say that Constitutional Court precedent only refers to allowing flexibility in the wording of the oath, not in how it's taken, and that the rules of the Spanish Senate only allow it to be taken via notarised letter in cases of "illness or physical impossibility". They also argue that even though the national arrest warrants against Puigdemont and Comín are still in force, that "does not prohibit or prevent [them] from being able to appear to swear or promise to respect the Constitution before the Central Electoral Commission". 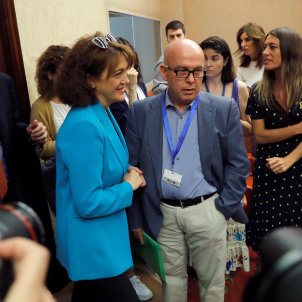 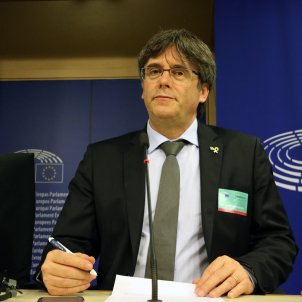 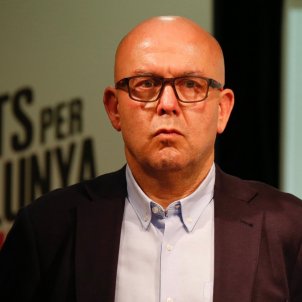 European Parliament Boye: "They laugh at us and in the end things turn out as we say" Alba Solé