Scottish MPs shocked at having been the victims of Borrell's espionage

Scottish Deputies have shown their surprise when they have known that they have been victims of espionage ordered by Foreign Minister Josep Borrell on Catalan government foreign delegations. The Scottish National Party (SNP) Deputy Ronnie Cowan in statements to The National has said that he does not know what they are trying to do or prove with these practices, and has wanted to make it clear that he does not hide his support for the pro-independence cause:

“It comes as a surprise to me. I don’t know what they’re trying to do or prove, but I’m very open in my support of the Catalan delegation and their right to express their desire for self-determination".

“That’s a matter for the people of Catalonia, but they have every right to say they want to investigate if that is the path they want to down and I’m supporting their right to express that will and I’m doing it openly. I’ve nothing to hide. If they want to talk to me they can come and talk to me".

Cowan, together with Joana Cherry, are photographed in the dossier submitted by the State Counsel at the High Court of Justice of Catalonia (TSJC) at the request of Spain's foreign ministry to close the delegations to the United Kingdom, Germany and Switzerland. Both are among the parliamentarians who showed their protest in support of Catalan leaders political prisoners.

The deputy defends the actions of the delegations abroad. “These people are working for Catalonia to impress upon people what it is and should be, and they have a democratic right to do so. If the Spanish Government want to argue about it they should come and talk and tell us what they have to say. They’ve never offered to do that.”

In turn, Douglas Chapman, deputy of the SNP and vice president of the British support group in Catalonia, has indicated that their activities are public and that they have a good relationship with the Catalan government delegation in London. 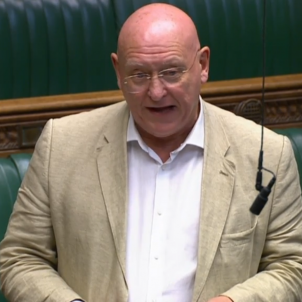 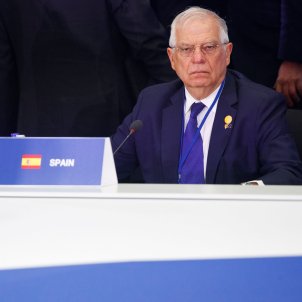