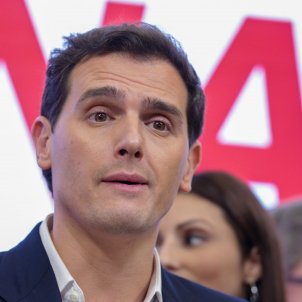 The faces around Ciudadanos headquarters in Madrid this morning said it all. In April, they won 57 seats in the Congress; yesterday, they got just 10. For over a decade, indeed its entire history, the party's president has been Albert Rivera; this Monday, he announced he is stepping down as leader, that he won't take his seat in the Congress and that he's leaving politics and public life. All parties, to some extent, are their leader, but Ciudadanos more than most. He's doing so "to be consistent" he said, adding, moved: "whether it's fair or unfair, it's the most responsible [thing to do]."

The trend for the party had seemed positive in April. Then, they had gained seats with respect to the previous legislature, whilst PP was the party on the right that was collapsing. This time, the roles have reversed, and then some. Of their 57 delegates they've lost 47. The ten remaining don't include many of the party's big names, like José Manuel Villegas, Fran Hervías and Juan Carlos Girauta. Indeed, the latter has also announced his retirement from politics.

Having previously informed the party executive of his decision, Rivera announced publicly he plans to start a "new stage". He said he is stepping down as leader and that "this project [will choose a successor] in an extraordinary congress". Further, he won't take his seat in Congress again so the party is led there by "someone [who can give] 120%". That means the controversial lawyer Edmundo Bal, next on the party's list of candidates, will be elected after all. Finally, he announced he is leaving politics: "I said I would be the prime minister for families. I won't be, but I'll be a better father, son and partner".

The Catalan politician argued that, unlike others, he has always "faced the consequences", and that that's what he has to do now too. "Good results come from everyone, and bad results come from the leader", he said, "there are people who might think it's unfair, others that it is fair. Whether it's fair or unfair, it's the most responsible [thing to do]." He expressed regret that the same candidacy and proposals should get such a different response at the ballot box in April and now.

Looking for positives for his farewell speech, he congratulated the party for "achieving that Spain should have a liberal centrist [party]". He noted they still have seven MEPs and govern for 20 millions Spaniards in four autonomous communities (as minor coalition partners) and in 400 cities.

After leaving politics and public life, he said he will keep following the news, which especially concerns him as a Catalan. he will also dedicate more time to his family, his daughter and his partner. "I want to be happy," he said emotionally. He received enthusiastic applause from his party.

With Rivera's resignation, the party executive is dissolved and the reigns taken by the general council of 160 members led by Manel Bofill. They will meet in two weeks to agree on an interim manager and the assembly to choose a new leader. 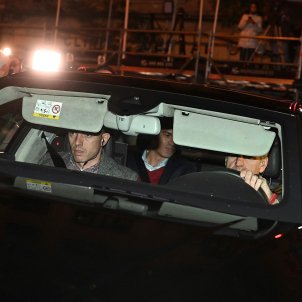