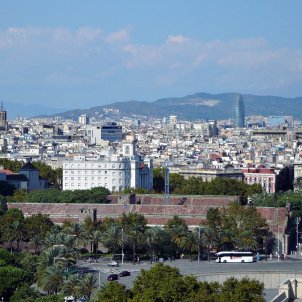 A total of 50 companies have returned their registered head offices to Catalonia after moving away between 2017 and 2018, according to the sixth report on the economic and labour situation of Catalan SMEs (small and medium businesses). The report was presented today by the president of Fepime (Federation of Entrepreneurs of Small and Medium Businesses of Catalonia), Maria Helena de Felipe, and its secretary general, César Sánchez, who said that the figures represent a "change of trend".

The overall balance, however, remains negative. In the first six months of this year, 440 companies moved their registered head offices out of Catalonia, whilst 324 moved into the autonomous community. That leaves a negative balance of 116 companies.

De Felipe emphasised the comparison with the same time period in 2018, when there was a negative balance of 2,072 companies: "The trend has been reversed and this is a message of confidence for the markets. They are encouraging figures and I believe that more companies will make their way back."

Sánchez said that Catalonia has the highest positive sales balance in Spain at 1.05 billion euros (£0.88 billion; $1.16 billion), explained by the return of some of the registered head offices. Among those to have returned, one of the most important is petroleum group GM Fuel, with annual business of more than 700 million euros: "That's shot up sales," he said.

One of the chief concerns for small and medium businesses is the lack of qualified labour, to which is exacerbated by the difficulties smaller firms have to hold on to talent. "We're lacking training programmes. If we don't have them, SMEs will never be able to be competitive," De Felipe said.

"We don't want subsidies, but we do want economic incentives and tax cuts so we can accept the costs of a cross-border trade strategy and for the launch of our products and services," said De Felipe.