The repression in Catalonia: 2,500 affected since autumn 2017

Catalan pro-independence organisation Òmnium Cultural has reported that since 20th September 2017, 1396 people have been injured and 292 detained by the Spanish police forces relating to the Catalan independence movement. The final total, including those sentenced, imprisoned or investigated, is "more than 2,500", according to Òmnium's Marcel Mauri. He said this showed a "repression of dissidence" comparable in Spain only with the era of Francoism.

"It's very difficult to talk about dialogue and negotiation without taking into account this figure of repression. It's necessary to repair all this harm that's been done," said Mauri, vice-president of the organisation. He was presenting the report alongside representatives of the organisations Alerta Solidària and Irídia, and the activist David Fernàndez. Fernàndez said that "the objective of the repression is for us to renounce our political objectives", in which they haven't succeeded.

Of those injured, the immense majority of the cases, 1,083, occurred on the day of the 2017 referendum or during the three days immediately following it. The rest, 313, were a consequence of the police's actions during the protests this October. 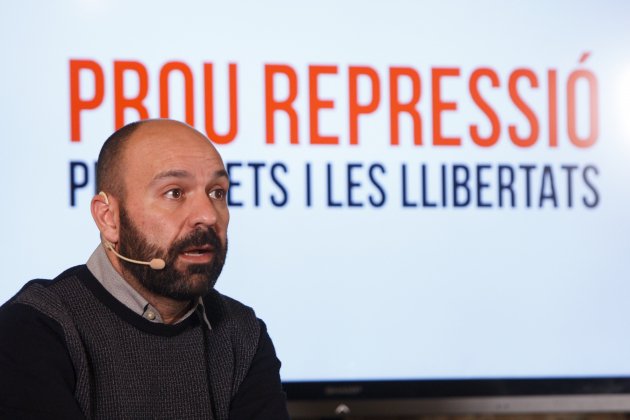 The total also includes 712 mayors from around Catalonia, and some forty other individuals, investigated for having collaborated with the referendum, likewise a dozen members of the CDR, eighteen who cloned closed websites, almost twenty teachers following the referendum and, of course, the 10 members of Puigdemont's government sentenced by the Supreme Court, the nine exiles, Jordi Sànchez and Jordi Cuixart.

The report was compiled using public figures from the Catalan government, the Catalan Ombudsman, the Office of Civil and Political Rights and other groups.​