Rambla terror attack relived in court: "This is so hard, but we need the facts" 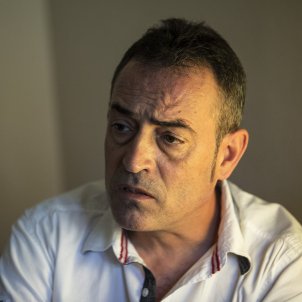 "I ran up the Rambla and told the cops that my son had been run over." Thus began one of the most wrenching stories of the trial for the 2017 terror attacks on Barcelona and Cambrils.

Javier Martínez, the father of three-year-old Xavi, the youngest of the sixteen people to die in the attacks, finally testified on Friday after a one-day delay. His emotions came to the surface in the re-telling of a traumatic story, but even he did not escape the warnings from judge Guevara, which have become a constant in the trial, reminding him that he is a witness and was there to refer to the facts.

Martínez arrived at the Rambla by taxi in 15 minutes after receiving a call from Xavi's mother that their son had been run over. "As we went up the Rambla there were people on the ground and I began to realize something very grave had happened." He was taken to a primary care centre to be reunited with his son. "There was a silence like I've never heard before. I hugged the family and they said: 'they are with Xavi now, he's been run over'".

Half an hour later the terrible news arrived: the little one had not been revived and had to be taken to Sant Joan de Déu Hospital, still fighting for his life. So another frantic journey was made across the city. But there was nothing they could do. The father recalled that “bringing back the experience is very hard” and he needed to interrupt his story to have a glass of water. He asked that people put themselves in the shoes of the victims, and for this reason made a plea to the court for all the facts and the details of all those involved to be clarified.

Javier Martínez begins his trial testimony before the judge of Spain's National Audience.

"I had to leave Barcelona because of the stress"

A florist who witnessed the terror on that summer afternoon in 2017 explained to the court that since that day she has not been able to return, and that after spending months locked in her house she decided to go and live outside Barcelona.

Núria Suara said she has been suffering from chronic post-traumatic stress since the day of the attacks and has to take medication. She recounted that the white van crashed at high speed into her Rambla flower stand and she saw "people were knocked flying" and several who were injured. In her testimony she explained that she had been compensated for the material damage and did not suffer physical injury herself, but had not been recognized as having a permanent disability or being a victim of terrorism.

"I was doing my work, I heard a lot of screaming and looked up and suddenly I saw people being sent flying. The van, at high speed, crashed into my flower booth. I started to see people on the ground, everyone on the ground, injured," she said.

The van came to a halt

Suara explained that the white van came to a halt a few meters further on, possibly due to the impact with the flower stand. "I was in a state of shock, I didn't know what had happened, I saw all the wounded people on the ground. Two officers came in uniform, I still don't know who they were," she said.

They tried to leave the store on several occasions because there was an injured girl who was losing consciousness. “We were scared, we didn’t know what to do,” she recounted. "They told us there were a lot of injuries, [the police] were stretched to the limit and we mustn't leave." Eventually they were able to return home, she said.

Former Rambla florist Núria Suara tells the court how the 2017 attacks have profoundly affected her life.

She explained that in the end she was financially compensated, receiving 5,539 euros for the damage to the flower shop. But since then she had been suffering from chronic post-traumatic stress, needing medication and receiving psychological and psychiatric treatment. She took sleeping pills and specific medication for when she had to go to Barcelona.

"Now I'm living in a village, I couldn't continue living in Barcelona, and I simply couldn't go back to the Rambla, my life has changed completely," she said. 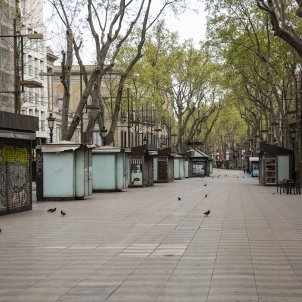 Editorial The 17th August attacks, to trial: too many shadows José Antich 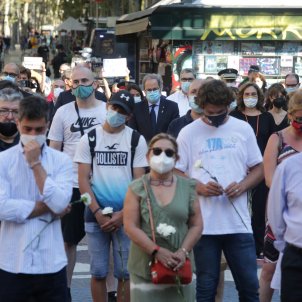