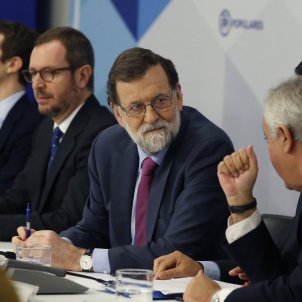 Spanish prime minister Mariano Rajoy has guaranteed the PP's (Popular Party) National Executive Board that intervention in Catalonia via article 155 of the Spanish Constitution will continue if Carles Puigdemont tries to be invested president at a distance, as El Nacional reported on Friday. He made the announcement to party members this Monday, adding that any attempt to invest a president not present in the chamber would be appealed to the Constitutional Court as unconstitutional. That would entail the immediate suspension of the investiture, would leave Catalonia de facto without a president and would prolong the intervention in self-government. Rajoy blandished the need for a governor to be physically present to counter the assumed desires of Puigdemont.

"It will remain in force until the new president takes possession [of the role]", he reminded the audience about the agreement voted on in the Spanish Senate, ready to prevent the Catalan Parliament's rules from accepting the acting president's casuistry. Rajoy said that by "common sense" it wouldn't be possible to hold parliamentary "control sessions" or to run Catalan politics by video link. He even accused the Catalan politician of selfishness in the attempt to maintain the struggle with the Spanish state, pointing to the losses from the front ranks of the independence movement in recent days: Carme Forcadell, Carles Mundó and Artur Mas. "Several important leaders have either abandoned political life or their political responsibilities or have renounced unilateral action," he said.

At this point, Rajoy partially recognised his party's failure in the 21st December election. "What we've done in Catalonia is good for Spain, although maybe it hasn't been for the PP", he said, surrounded by his executive and regional leaders. The prime minister made Cs' victory in the Catalan election his own, suggesting it was a setback for the independence movement. "They have less support and, for the first time, a pro-Constitution party has won the election", he said about the victory of Inés Arrimadas.

Convention in Andalusia to fight Cs

With an eye to the battle for the right-wing vote in Spain, Rajoy announced that the party will hold its national convention in Andalusia in March this year. The objective is to target the elections in the majority of Spanish autonomous communities and municipalities in 2019, as well as the European election, taking into account the knock-on effect they could have on the 2020 general election. For this reason, the prime minister called on his party's membership to work "intensely" to confront Cs and demonstrate their greater ability for political management. According to sources present at the meeting, no leader dared to contradict the prime minister, despite surveys showing a decline in support for the PP and Rajoy refusing to make changes to the central executive. 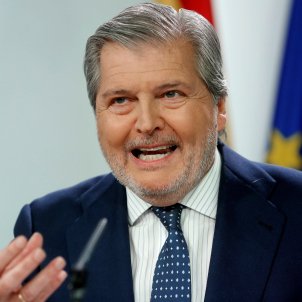 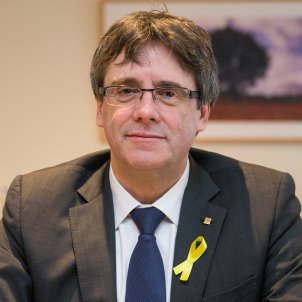 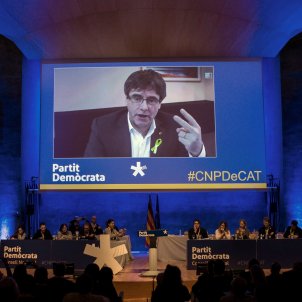 New legislature Puigdemont: "They govern from Madrid with 4% of votes, and say we can't from exile with 47%" Marta Lasalas