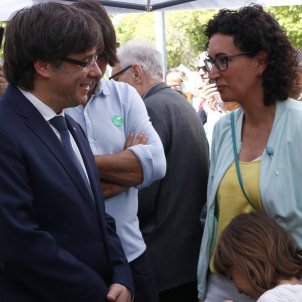 Acting Catalan president, Carles Puigdemont, and ERC's secretary general, Marta Rovira, have reached an agreement to start the new legislature with a Parliament Board with a pro-independence majority and the investiture of Puigdemont, the leader of JuntsXCat, as president.

El Nacional has confirmed that Puigdemont and Rovira reached this point at a dinner on Tuesday in Brussels. ERC, however, emphasises that they have still not agreed on how the investiture will happen.

The meeting was held hours after negotiators from JuntsXCat and ERC had held meetings in Barcelona with CUP and Catalunya En Comú-Podem to discuss the composition of the Parliament's Board.

Last Wednesday, in the first meeting in Brussels between the two largest pro-independence parties, the president made clear his wish to speed up the agreement so the investiture can take place in the first round of voting and without pushing the deadlines, at the end of this January.

No from ERC to obstructionism

In yesterday's conversation, however, Puigdemont is reported to have raised the possibility of blocking the constitutive session on the Parliament, with the absence of pro-independence deputies to prevent it being held. The Parliament's opening will take place on 17th January, the date set by the Spanish prime minister, Mariano Rajoy, using the authority he has assumed through article 155. ERC rejected the idea.

The composition of the Parliament's Board, which was set out last week, includes two representatives for JuntsXCat, two for ERC, two for Ciutadans and one for PSC. This was pending, however, the final decision of the Parliament's speaker, Carme Forcadell, as to whether she was willing to continue in the role or not, as ERC have the right to the senior position in the Chamber.

It remains unknown whether the investiture will be able to take place at a distance, as Puigdemont would be arrested if he sets foot on Spanish territory. The options presented by the acting president himself would be to make his investiture speech by video link or delegate the reading to one of the deputies present. ERC made it clear, however, that they have no intention to bend the Chamber's rules.

The pact between Puigdemont and Rovira comes the day after important developments in both parties: acting minister Carles Mundó stepped aside as a delegate-elect, whilst former Catalan president Artur Mas presented his resignation as president of PDeCAT. 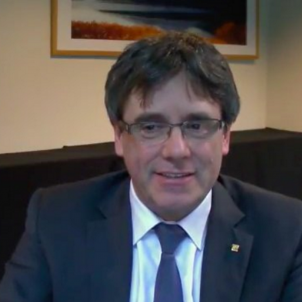 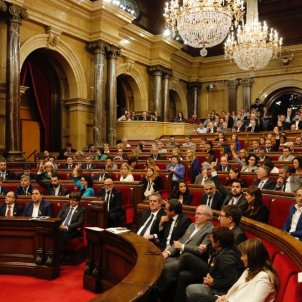 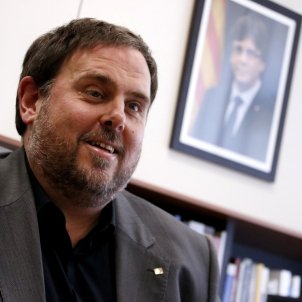