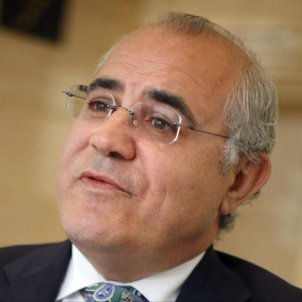 The judge in the case against the Catalan cabinet over the independence process, Pablo Llarena, has agreed to turn down a request from the Public Prosecutor to order a European Arrest Warrant against the president of Catalonia, Carles Puigdemont, after learning of his arrival in Denmark today from Belgium to take part in a debate at Copenhagen University.

The judges believes Puigdemont's trip to Denmark is part of a strategy to be invested president.

Llarena finds the prosecutors' request "reasonable" if considering that "the suspect is outside of the national territory to avoid a criminal procedure", but adds that the request confronts "nuances which lead to the fact that the requested arrest warrant has to be postponed".

He writes that he is postponing the decision until "a time when constitutional order and normal parliamentary working cannot be affected by it". He will consider a new arrest warrant again when "the evolution of the investigation allows the requested state to be able to carry out a complete evaluation of the facts which support the collaboration request".

In his order, Llarena emphasises that "the arrogance of the suspect travelling to a specific place, has no other aim than to seek arrest to subvert the use of a procedural instrument planned to guarantee the observance of the legal system, converting it into a mechanism allowing him to evade the legal rules which govern parliamentary activity".

"Given the legal impossibility of opting for an investiture without appearing in the Parliament, the provocation of arrest abroad is looking for the suspect to enjoy a justification that his absence doesn't come from his free decision as a fugitive from justice, but is the consequence of a situation imposed on him," adds Llarena.

"In this way he looks to boost the anticonstitutional, illegal strategy which this procedure is called to bring an end to, forcing, moreover, a context in which he can delegate his vote, as if he were in the same scenario as those at the disposition of this court and who have been provisionally deprived of liberty. In this way, he would use his deprivation of liberty to achieve investiture [as president] and the vote which, in parliamentary terms, he cannot get, but would persevere in eluding being subject to the criminal process, avoiding submitting himself to national jurisdiction and opposing from abroad the extradition [request] which could be considered."

For the judge, it's clear that the instruments for the deprivation of liberty which the Spanish Constitution and legal order set up "for the greater efficiency of legal order, cannot be deployed to enable their transgression and violation".

"And the remote possibility that the suspect's travel is not in response to that which has been expressed [above], rather that it's for purely academic concerns, does not make it reasonable to not contemplate the possibility expressed, forcing the postponement of the arrest warrant to a time, not necessarily far, where the constitutional order and normal parliamentary working are not at risk from an arrest which, as the prosecution argues, would be logical in another context," says Llarena.

Neither ridicule nor error

About the withdrawal of the international arrest warrant against Puigdemont, the judge notes it was carried out after confirming that the arrest warrants, far from enabling the case to run adequately, "could introduce an unacceptable restriction on the object of the process, as it would be possible that the requested state (...) would partially deny the execution of the arrest warrants, it made possible the restriction of the charges against the suspects who have fled, which, if it happened, would make it difficult to give the homogeneous response which had justified accumulating the cases before this court".

The order adds that, contrary to what is expressed by "interested parties", the restriction of the charges by a foreign state involved in the extradition of a fugitive from justice, "isn't a demonstration that the criminal qualification of the facts by Spanish justice is inadequate or erroneous".

In any case, the judge explains, the decision to withdraw the European warrant "isn't based on a lack of confidence with respect to the jurisdictional actions of a specific state, but on the logical differences which, in complex crimes, can exist between the legal systems of different states of the [European] Union. Differences not just fostered by the different legislative options of their parliaments, but also for the fact of being at the start of the investigation". 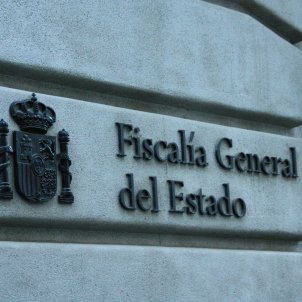 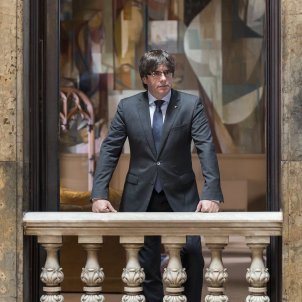