Catalan president Puigdemont prepared to defend himself to the Spanish Senate 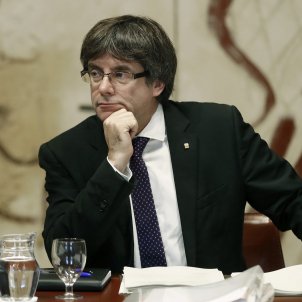 The Catalan Government is studying the possibility of the Catalan president, Carles Puigdemont, in person arguing against the application of article 155 in front of the Commission of the Spanish Senate called for this Thursday. The president himself stated his wish to personally go to Madrid to defend his executive's arguments against the cut backs on self-governance agreed between PP (Popular Party) and PSOE (Spanish Socialist Workers' Party). The measures will be put to a vote by the whole Senate on Friday.

Both PDeCAT (Catalan European Democratic Party) and ERC (Catalan Republican Left) parties, the two main partners in the Catalan government, say they will accept the decision the president finally takes, whilst the government is studying the best option. Currently, the Catalan Parliament hasn't announced the time for their dedicated session planned for Thursday, waiting to learn when the Senate Commission will sit.

(Video) PDeCat secretary Marta Pascal: "(...) As we've always said, if the president believes it's appropriate to go there, we support him. (...)"

The Spanish cabinet decided in an extraordinary meeting on Saturday to enact article 155 of the Constitution to remove the Catalan president, vice-president and all the ministers from office, the roles to be assumed by the Spanish government. They also agreed specific measures for areas like the operation of the Mossos d'Esquadra (Catalan police) and public media.

This morning, the seven parliamentary groups of the Spanish Senate have registered the names of the 27 senators who will make up the commission. Puigdemont's response to the commission will have to be presented on Thursday, but the chamber's rules allow him to defend his pleas personally, via a representative or even by letter.

The next day, Friday, will see the meeting of the Senate entrusted with voting to definitively approve the application of article 155 in the terms finally approved within the framework of the commission. 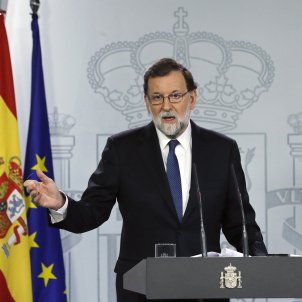