PP, Bárcenas and Correa convicted in the Gürtel affair

Meanwhile, among the 29 sentenced to prison, former PP treasurer Luis Bárcenas and  Francisco Correa are facing 33 and 51 years respectively. Adding them up, the National Audience has sentenced 29 of the 37 accused to a total of 351 years in prison. The trial for the first period of the case into the Gürtel plot has ended in a sentence including a total of 165 sentences.

The sentence has been released the day before it was expected and whilst more than 500 Spanish police officers were searching the Deputation of Barcelona and foundations in Barcelona, Manresa, Olot, Tordera, Cabrils and Reus, amongst other locations in Catalonia.

The sentence says that the plot ended up producing "quantifiable economic benefits for the PP, consisting of illegal funding of activities and various political events carried out in electoral campaigns and pre-campaigns for its candidates, which otherwise would have had to be directly paid for with economic resources belonging to the political party in question".

For this reason, the court says that it is the national PP that has to respond, not the party's local branch, because "it was the PP which had to cover the expenses and not the municipal group". 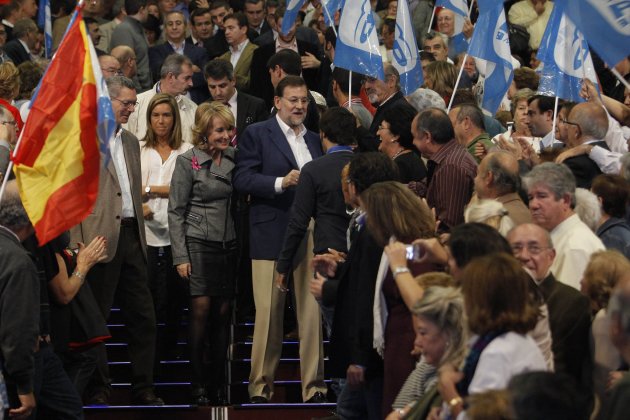 PP's former treasurer Luis Bárcenas has been sentenced to 33 years and four months in prison and a fine of 44 million euros and his wife, Rosalía Iglesias, to 15 years and one month. Francisco Correa faces 51 years and 11 months in jail; his right-hand man, Pablo Crespo, 37 and a half years, and the former mayor of Pozuelo de Alarcón, Jesús Sepúlveda, 10 years.

Álvaro Pérez, better known as El Bigotes (the moustache), along with seven others, has been acquitted, despite having already spent months in prison.

Judge Ángel Hurtado, however, gave an individual vote to absolve the PP and withdraw its conclusion that it benefited financially and to acquit for other suspects: Ricardo Galeote, Ángel Sanchís and his son, and Carlos Clemente. The same judge, more than a year ago, opposed Spanish prime minister Mariano Rajoy testifying.

The events are centred on the years from 1999 to 2005, when Correa's companies "enjoyed arbitrary favourable treatment in awarding public contracts" and "inflated the prices they charged different public administrations". Much of this money went to covering electoral expenses or was donated to the PP's famous caja B undeclared second account. These payments, which started in 1989, were recorded on handwritten sheets, showing the party's expenses or the names of those the money was for. Correa, for example, had apparently received 8,400,000€ for public contracts awarded to his companies between 2000 and 2008 and took in 2,850,000€ more in commissions for brokering in favour of companies in his group.

Bárcenas was apparently a key cog in the organisation of the plot. The National Audience believes he fed his Swiss bank accounts "with funds coming from commissions which he received for his management and mediation, taking advantage of the public roles he held".

Summary of the sentence

The Spanish prime minister downplayed the sentence's importance and said the corruption within his party represents "isolated" cases.